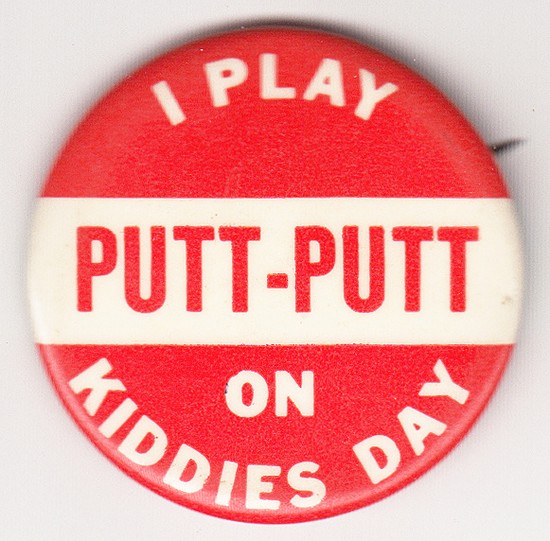 “Putt-Putt golf was created in Fayetteville in 1954 when businessman Don Clayton opened the first course. Putt-Putt is a specific type of miniature golf that Clayton patented to focus on putting skills rather than gimmicks such as windmills and scenery.

“Putt-Putt became immensely popular, and though the corporation remained in North Carolina, more than 200 courses now exist throughout the nation.”

— From “Play Putt-Putt golf in the state where it was created” at VisitNC.com