Banned Books Week is an annual event that encourages information-seeking patrons to embrace and celebrate the freedom to read. Initially, Banned Books Week was launched in 1982 in response to a sudden increase in the number of challenges to books in typical reading spaces like schools, bookstores and libraries. Banned Books week celebrates and upholds the value of free and open access to information by bringing together the entire book community—including librarians, booksellers, publishers, journalists, teachers, and readers of all types—in shared affirmation of the freedom to seek and to express ideas, including those ideas that some consider relatively unorthodox and unpopular. In Wilson Special Collections Library there are materials that reveal insights into the history of the book and the history of reading, as well as insights into how censorship intersects with historical social injustices and epistemic oppression. Our selections below illustrate a timeline of the history of censorship. 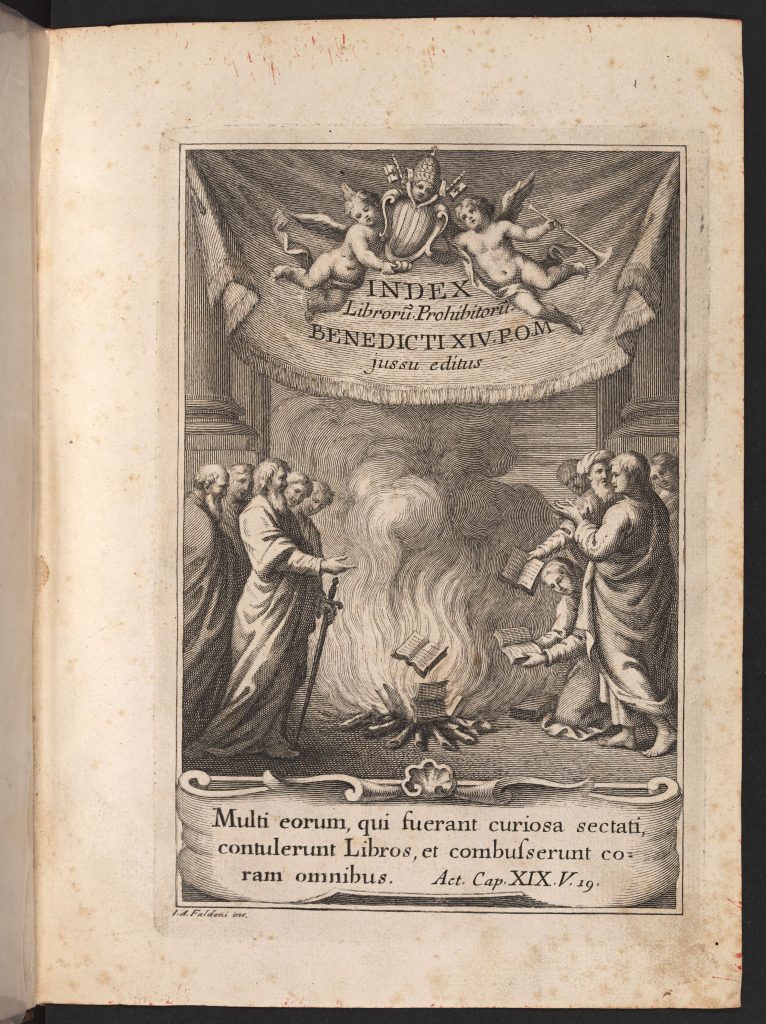 The history of censorship in Western Civilization is older than the printing press itself. The Catholic Church censored readings as early as 496. A.D. Censorship practices included book burning, book banning, publication restrictions and conditional censorship, imprisonment, torture, and execution. These practices carried the force of law in some territories well into the 19th century. Wilson Library’s Rare Book Collection holds a 1758 edition of the Index Librorum Prohibitorum that includes an engraved plate depicting a book burning. The Index Librorum Prohibitorum was never meant to be a complete catalogue of forbidden books, but rather a guideline for Catholic priests around the world to make determinations of censorship for their own localities.

An exact reprint of the Roman Index Expurgatorius 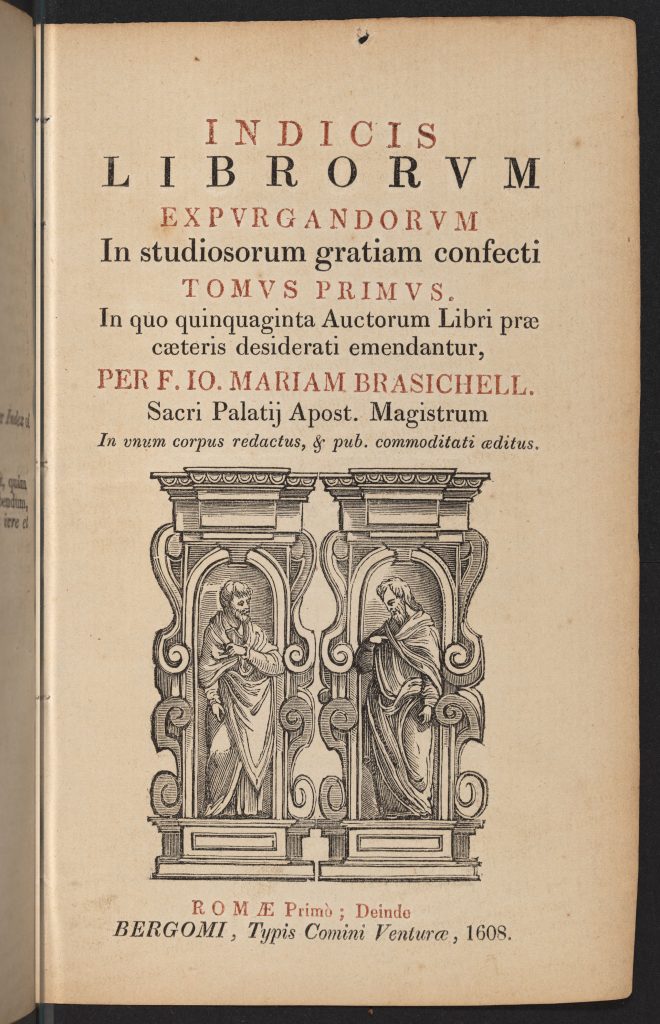 Conditional censorship and publication restrictions are just two examples of the practical means by which the Church censored reading in the West. The Roman Index Expurgatorius is similar to the Index Librorum Prohibitorum; however, it also includes a catalogue of books that were banned in totality. It provides comments and annotations on the works of specific authors and bans the works unless the author removes the expurgated material prior to authorized publication. The Rare Book Collection holds a facsimile edition of the 1608 Roman Index Expurgatorius printed in 1837. 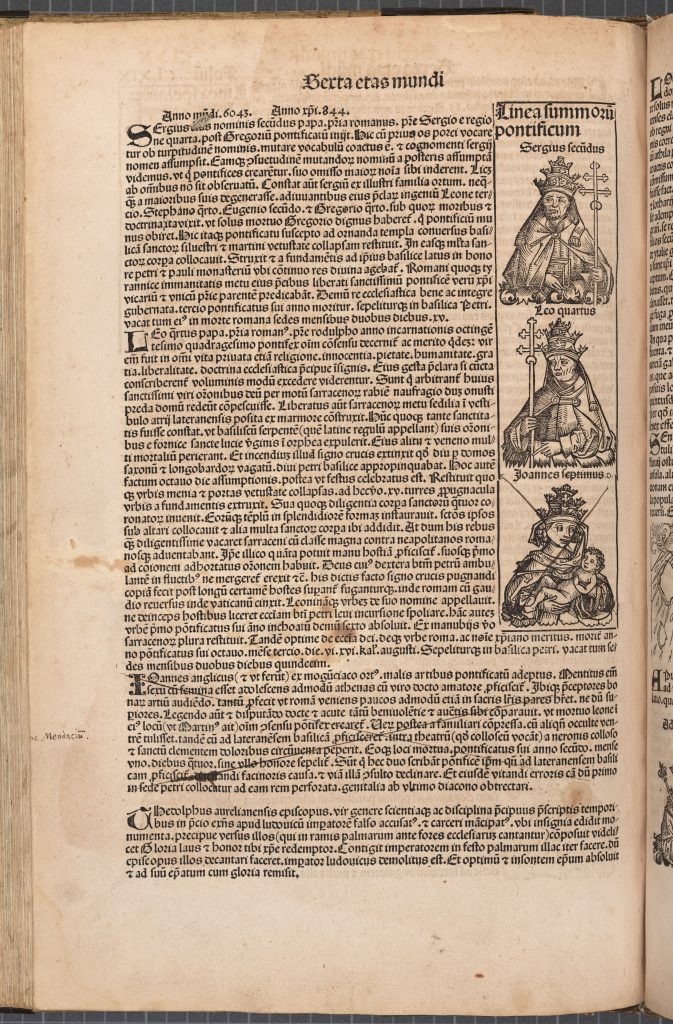 The Rare Book Collection’s copy of the Nuremberg Chronicle contains a variety of wood-engraved illustrations, coats of arms, maps, and portraits. The fabled Pope Joan is depicted in ceremonial regalia holding her baby. Legend has it that Pope Joan disguised herself as a man and rose through the ranks of the Vatican to become Pope, where she was only discovered to be a woman when she went into labor during a procession. In this copy, the illustration of Pope Joan and the accompanying text that describes her has been “expurgated,” by a previous owner. Expurgating books was a common practice encouraged by the Vatican’s commissioned censors in localities around the globe.

The History of the World, by Sir Walter Raleigh 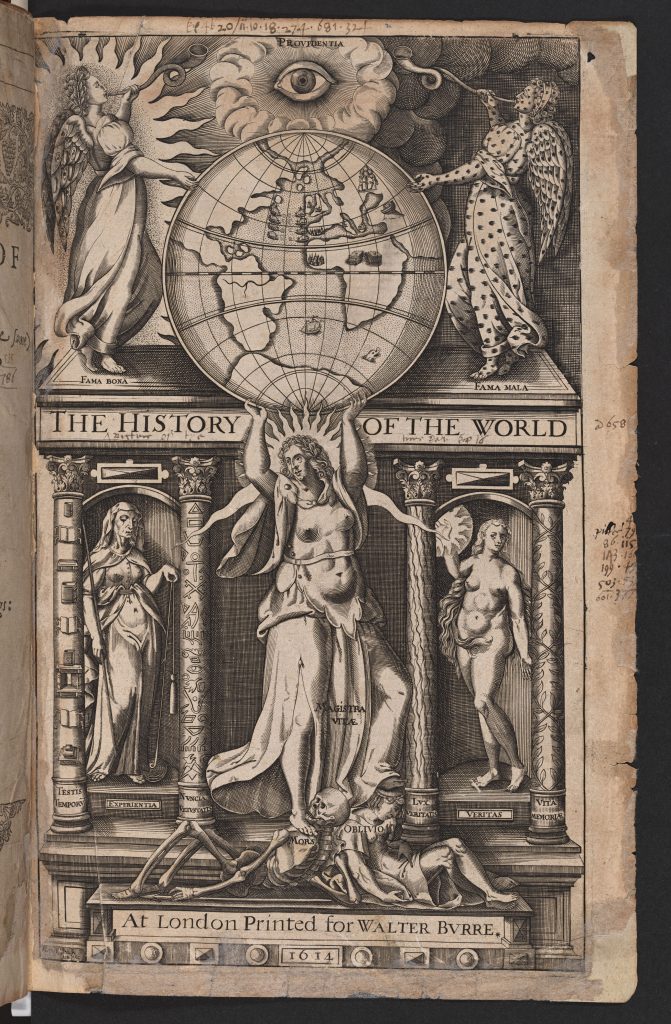 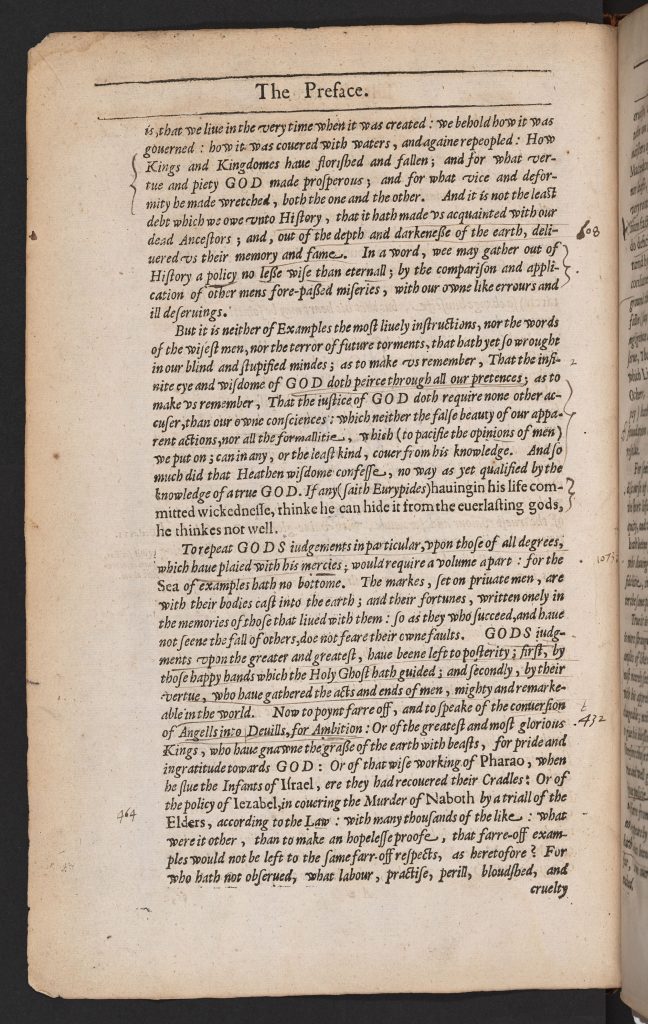 The North Carolina Collection holds a copy of Sir Walter Raleigh’s The History of the World. Raleigh’s works were subjected to censorship by the English crown. After he fell out of popularity with the Royal Court of England, Raleigh was condemned to live in the Tower of London for over a decade before his execution. From there, he authored The History of the World. Soon after publication, the work was banned by King James I of England for, “being too saucy in censuring princes.”

Leaves of Grass and Go Tell It on the Mountain

Today, attempts to ban books target mostly LGBTQ and BIPOC authors, and our final selections highlight the longer history of challenges like these. The Rare Book Collection holds a first edition copy of Leaves of Grass by Walt Whitman and two editions of Go Tell It on the Mountain by James Baldwin. 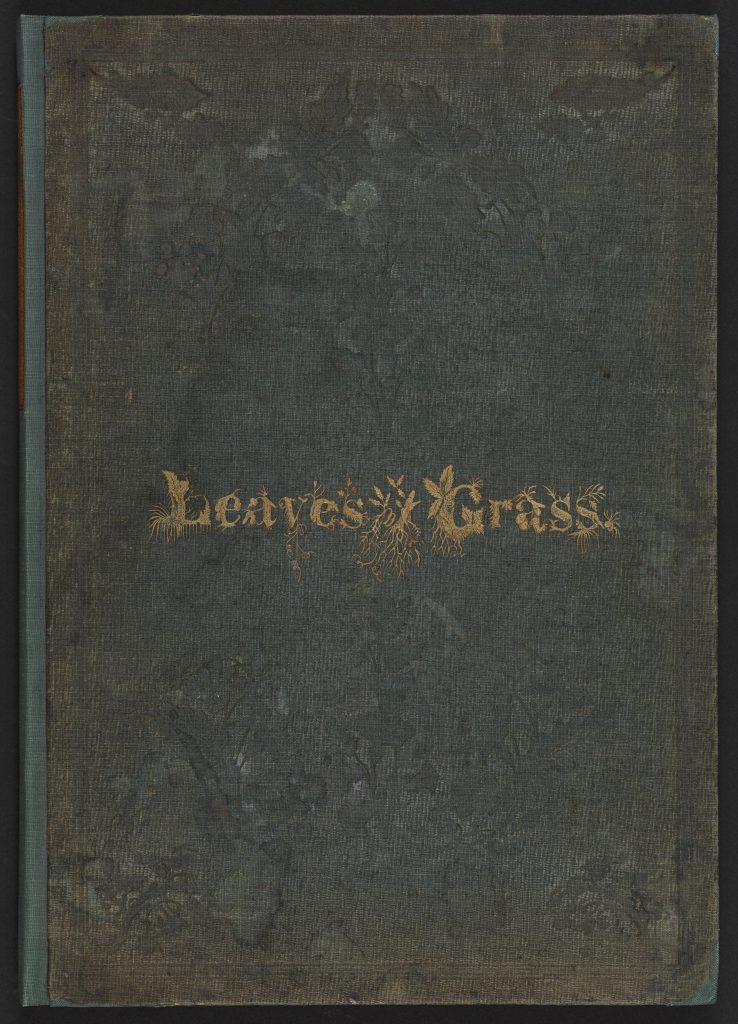 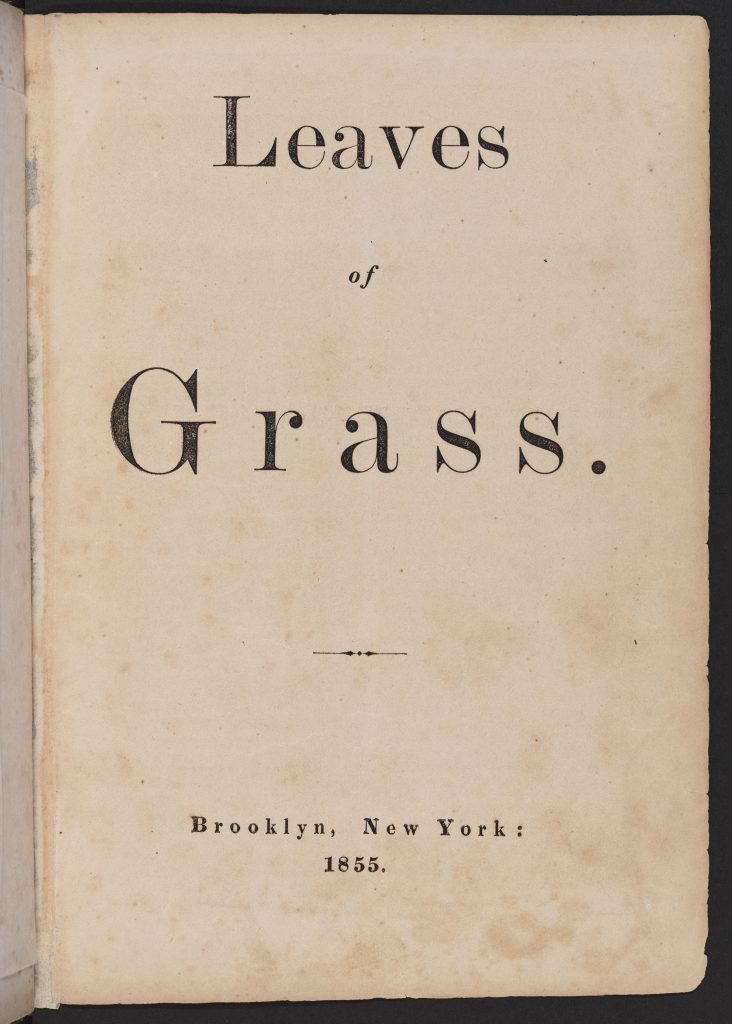 Upon publication, Leaves of Grass was banned in a number of libraries in the United States; in 1865, Whitman was even fired from his job as a federal clerk in the Interior Department in Washington, D.C., after his employer found a copy in Whitman’s desk and became disgusted by the work’s sexually suggestive passages.

Go Tell It on the on Mountain 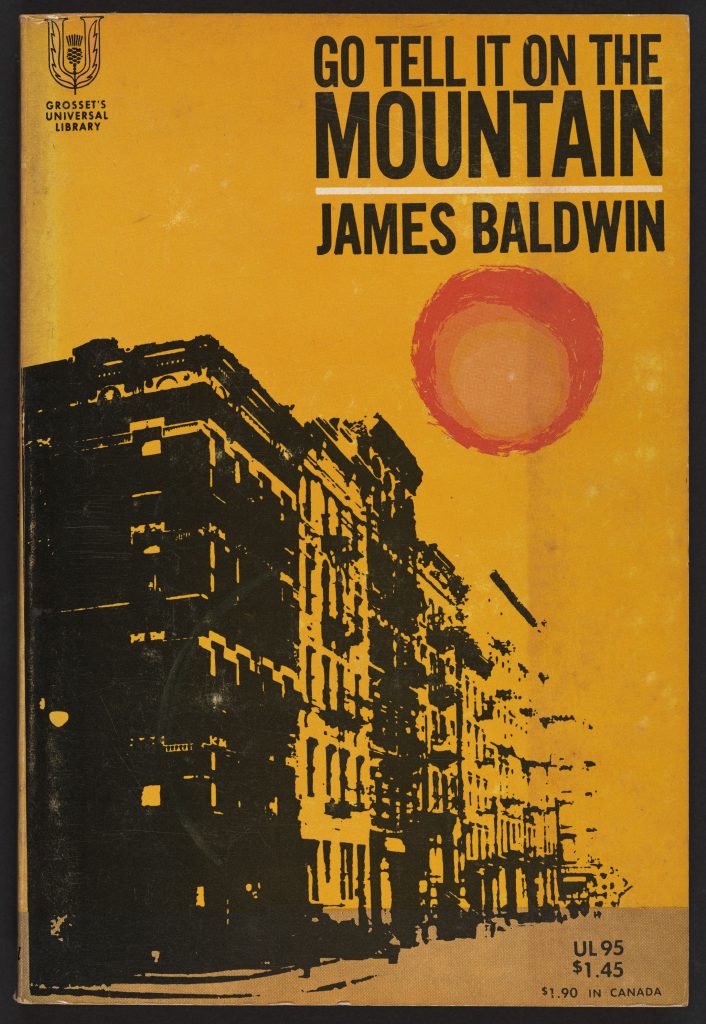 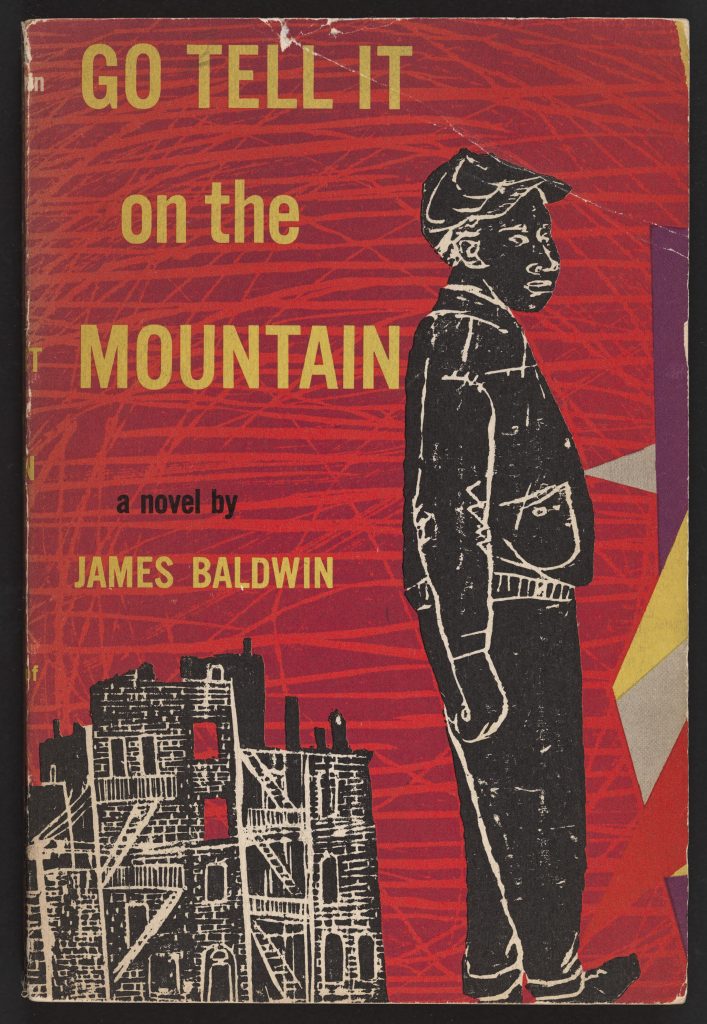 James Baldwin’s Go Tell it on the Mountain has been banned or challenged in various libraries across the United States for similar allegations that the work is sexually explicit and therefore, to some, inappropriate. The 1953 paperback edition is featured first above, depicting a city block and yellow sky. The second image shows a variant cover design rejected by author.