University Archives is pleased to share a newly processed collection – the records of the UNC Cardboard Club. The Cardboard Club, started in 1948 by UNC cheerleader Norman Sper, coordinated and produced displays at UNC football games, using colored cardboard squares to form words and images in the stands.

Members of the club planned out their designs on gridded paper, and placed cardboard squares and cue cards listing the upcoming “stunts” on the seats of the “card section” of Kenan Stadium the night before football games.

The club was funded by the Carolina Athletic Association. It was discontinued in 1987, in part due to safety concerns–students often sent their cardboard panels flying towards the field at the end of games, hitting fellow spectators. 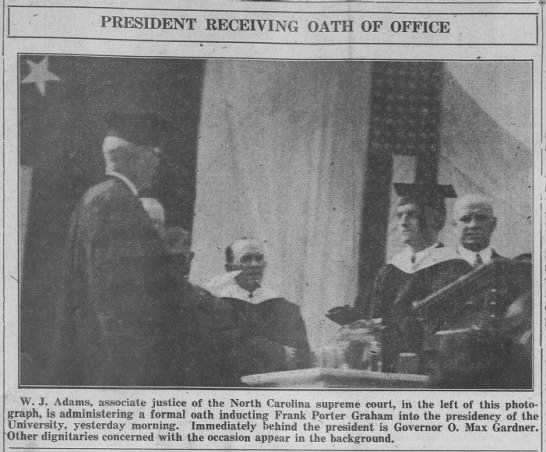 The final football game of UNC’s 1925 season was against the University of Virginia, as was tradition. It was played at UNC, on a field that could hold around 2,5o0 spectators. However, 16,000 spectators came to the game. The lack of space was a persistent problem, and UNC was unable to play many of the more prominent Universities in the South because of it. After the 1925 UNC-UVA game, alumni began actively corresponding with each other about the need for a new, larger stadium and ways provide the new stadium at no cost to the University. Dr. Foy Roberson, who later became secretary of the Stadium Committee, stated in one of his letters to a fellow alumnus that “We purposely placed the meeting in Durham, because we did not want the people over the State to feel that the movement was being sponsored by the University itself.”

Students are back, the sky is a crisp Carolina blue, and the leaves are just starting to change. … Must be time for Carolina football! This weekend, before you head down to Kenan Stadium and the new Blue Zone, be sure to stop by Wilson Library to see scenes from UNC’s football past in Gridiron Glory.

Charlie “Choo Choo” Justice, Bob Lacey, “Famous Amos” Lawrence, and a host of other Tar Heel greats are highlighted in footage dating from 1934 through 1985. Woody Durham narrates the 20-minute collection of archival film. Also on display: football memorabilia and materials from the collection of Jack Hilliard (’63),  including pennants, tickets, bubble-gum cards, and sheet music for the song “All The Way Choo Choo.”

Want a preview? Check out this clip: