We are pleased to announce a new addition to University Archives, the Edie Parker Papers.

Edie Parker (then Edie Knight) attended UNC from 1947 to 1949. As a student, she was active in student government, Greek life, and the Model United Nations. The collection — mostly in the form of a scrapbook — includes materials from the Women’s Intercollegiate Government Forum that Parker planned, orientation booklets, rush invitations, clippings about the Model UN from the Daily Tar Heel, and letters from male suitors. While at UNC, Parker also participated in a conference about the U.S. role in European recovery from World War II that Mademoiselle magazine hosted in 1948. Her notes from the conference are included in the collection. Parker’s scrapbook and accompanying papers provide insight into the life of a woman student at UNC during the late 1940s.

Below, we’ve highlighted just a few items from the Edie Parker scrapbook, including photographs of UNC students and the 1949 UNC Commencement program. 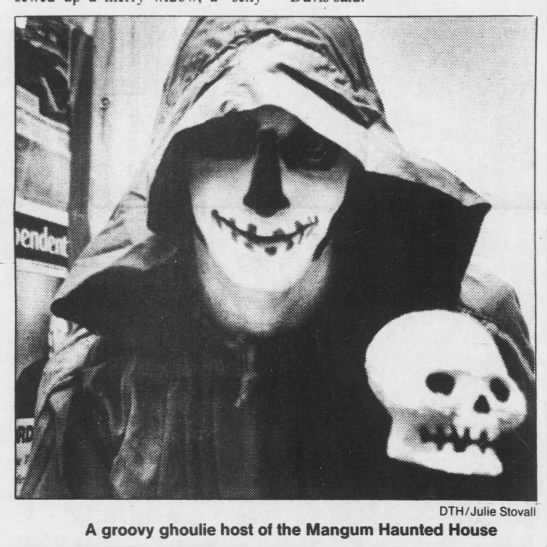 Last month, we shared a selection of student infractions from the misconduct ledger for the 1840 academic year, found in the Office of the Registrar Records (#40131). Today we’re breaking out the ledger for 1841-1847 for a fresh batch of unusual misbehavior.

“Lucas – throwing the sand from the spit-box”

“Larcy [?]- Throwing acorns, or other missiles in the chapel on Sunday”

For a number of years, student absences and instances of misconduct were recorded in ledgers by University administrators. Several of these ledgers, dating from 1838 to 1847, have survived in the Records of the Office of the Registrar (#40131) and provide an fascinating (and often entertaining) view of student life on campus in this period.

Students were frequently cited for eating, talking, sleeping, or being generally “disorderly” during class or prayers, answering for other students during roll calls, and bringing the wrong books to class. Other offenses were more unusual. We’ve rounded up a few of the most interesting from the October-November 1840 ledger below.

“Barnett – throwing water over the bannister at a retreating student”

“Daniel – calling out ‘snap’ as he came to Rec[itation]”

“R Tate – putting finger into his mouth, then making ugly noise on withdrawing it”

[From Volume 9, the Records of the Office of the Registrar (#40131), University Archives]

Although Carolina does not currently host any official sci-fi student groups, Chapel Hill was home to the Chimera Fantasy and Science Fiction Club from 1984 to 1996.  The Chimera Club was open to all students interested in science fiction and fantasy in film, television, fiction, and tabletop games. The Chimera Club even held an annual ChimeraCon for twelve years! A frequent guest to ChimeraCon was Orson Scott Card.  Card is the author of the popular novel-turned-film Ender’s Game.  Check out some of the ChimeraCon programs below!

For the summer of 2014, incoming students were asked to read The Round House by Louise Erdrich.  Set on a Ojibwe reservation in North Dakota, the novel is a coming-of-age story about a boy on the cusp of manhood who seeks justice and understanding in the wake of a terrible crime that upends and forever transforms his family.  We hope that everyone who attended the Summer Reading discussions on August 18th enjoyed a stimulating conversation!

Composed of faculty, staff, and students, the book selection committee works to choose a book that meets the following criteria:

Because the books chosen often address societal issues, book selections usually spark some debate.  During my first year, the committee assigned the book Covering: the Hidden Assault on Our Civil Rights.  Two years later, I had the pleasure of co-leading a discussion on Picking Cotton: Our Memoir of Injustice and Redemption.  However, one of the most controversial books chosen was Approaching the Qur’án: The Early Revelations.  Selected for the 2002-2003 academic year, the choice inspired heavy backlash from students, alumni, and the general public as well as a lawsuit from individuals concerned about the University pushing Islam on its students.

Pre-printed postcards were distributed by the Family Policy Network (FPN), a Virginia-based, socially conservative Christian organization. The group, whose chairman, Terry Moffitt, earned his undergraduate degree from UNC-CH in 1981, opposed selection of Approaching the Qur’an for the Summer Reading Program. The FPN said that the suras selected for the book create a false impression of Islam, painting it as a peaceful religion. Moffitt and another leader of the FPN  joined with three UNC freshmen in filing a federal lawsuit arguing that the book choice violated First Amendment guarantees of freedom of religion. A federal judge denied the plaintiffs’ request for an injunction, ruling the University was not forcing students to read the book and was not violating the First Amendment. A federal appeals court panel upheld the lower court ruling. The chancellor’s office received more than 20,000 postcards from throughout the United States.

However, not everyone was opposed to the committee’s book selection.  Students, alumni, and others wrote to Chancellor Moeser to express their support of the school’s decision.  Many of these supporters applauded a choice that would lead to a greater understanding of other cultures and religions in the University.  One student wrote a letter to Chancellor Moeser to assure him that she did not believe the school was attempting to convert its students to Islam.  The student compared the situation to being asked to read about Hitler.  “One does not believe reading about Hitler makes one a Nazi…”

We’d love to hear from students and alumni about your take on this year’s summer reading!  Have you read any of the previous years’ books?

About a year ago, we wrote about restrictions on UNC’s female students in the 1950s and 1960s. Women were often not allowed to travel alone or after certain hours.  While perusing  a fraternity scrapbook from 1951, we found a telegram from a student’s sweetheart referencing these types of rules.

This page from a 1954 scrapbook shows members of UNC’s chapter of Sigma Alpha Epsilon fraternity and friends on a trip to the beach.

What are your plans this summer?  Will you be going to the beach?