The entertainment community is mourning yesterday’s passing of actor Fess Parker (1924-2010), best known for his portrayals of manly pioneers Davy Crockett and (most relevant to the Morton collection) Daniel Boone. According to Entertainment Weekly‘s Ken Tucker,

In his prime, Parker was a big, rangy man who grew up in a small farm in Texas; his voice retained a warm Texas twang. He shot to a singular pop-culture fame in 1954, when Walt Disney’s Disneyland series broadcast “Davy Crockett, Indian Fighter.” With his buckskin jacket, long rifle, slow drawl, and his coonskin cap, Parker was an immediate sensation. Kids could not get enough of his unique mixture of warmth, toughness, humor, and taciturn wisdom.

After his Crockett years, Parker went on to embody the role of Daniel Boone from 1964 to 1970. When I saw Turner’s article, I couldn’t help but steal the embedded YouTube video he included, of the opening credits of “Daniel Boone”:

In July or August of 1966, Parker paid a visit to Boone, NC’s own “Horn in the West” outdoor drama, and of COURSE, Hugh Morton was present with his camera. (Parker is shown below with Horn actor Glenn Causey; more images of his visit can be viewed here). 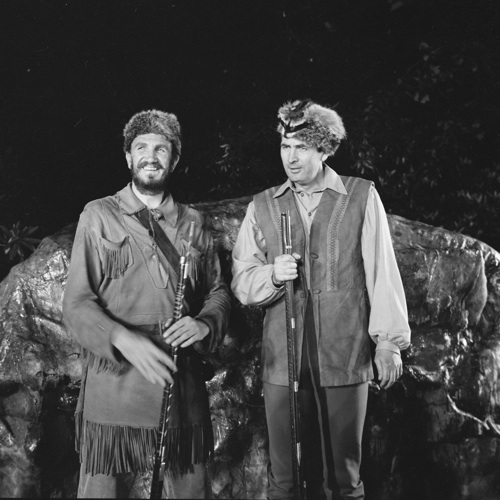 Parker and the Horn crew apparently took a trip up Grandfather Mountain during this same visit (more images can be viewed here). You may also recall from a previous post that Parker’s TV son “Israel” (Darby Hinton) also visited Grandfather — whether it was at the same time as Parker, I can’t say. 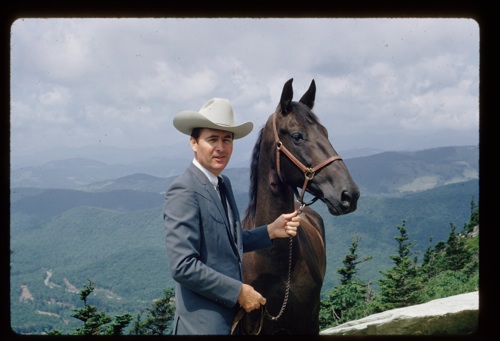 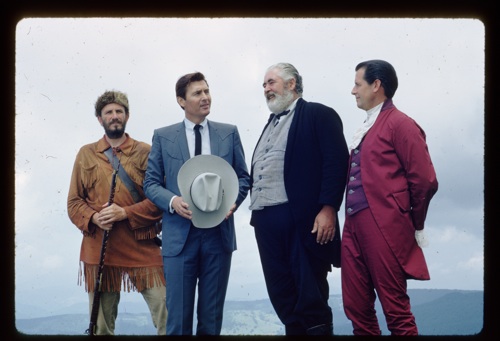 If anyone knows additional details from these events, please share!