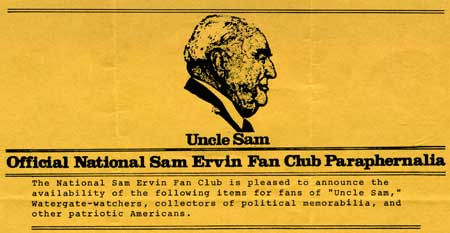 For more information on Senator Sam Ervin, see a biographical sketch from the Biographical Directory of the U.S. Congress or the Washington Post obituary for Ervin from 24 April 1985. 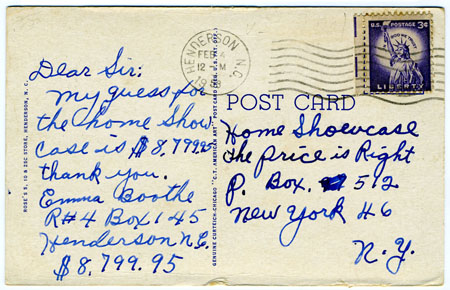 Seemingly a simple street view of Henderson, NC, this postcard was mailed to New York City in 1958 bearing one Hendersonian’s guess for The Price is Right’s Home Showcase contest. Thinking about consumer society and the explosion of mass-marketed home appliances and electronics during the 1950s, I’d be curious to know what item she was bidding over eight thousand dollars on – and how much it would cost today!