A brief notice in yesterday’s New York Times brought the exciting news that Look Homeward, Angel, the play based on Thomas Wolfe’s 1929 novel, is returning the Broadway. While attempts to make a movie out of the autobiographical story set in western North Carolina have repeatedly failed, the play by Ketti Frings has been very successful, revived countless times around the country since it first premiered in 1957. 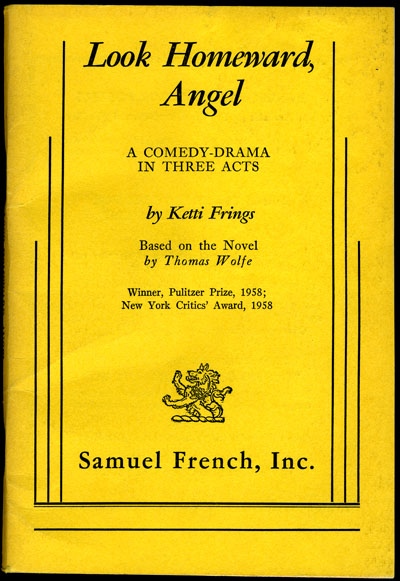