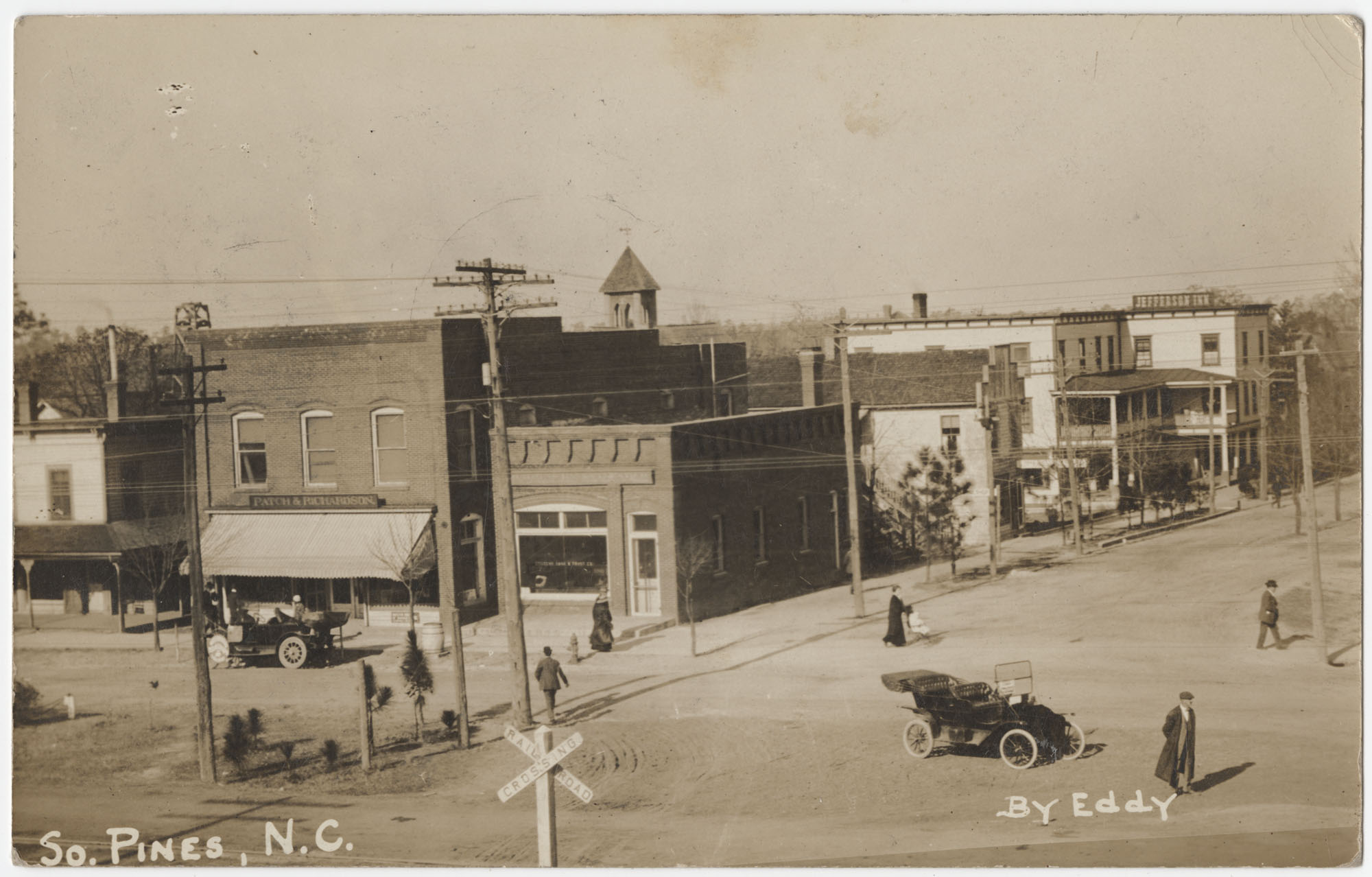 There are quite a few real photo postcards by E.C. Eddy on our North Carolina Postcards website. I was curious to find out more about him, and the only mention I could find was in an edition of the “Images of America” series titled, “Around Southern Pines: A Sandhills Album, Photographs by E.C. Eddy,” by Stephen E. Massengill, 1998.

E.C. Eddy was born in New Hampshire in 1882 and moved to Pinehurst, N.C. in 1907 to assist the photographer Edmond L. Merrow in taking pictures of travelers at a resort. Eddy eventually set up his own studio, and would travel with his family back and forth between North Carolina winters and New Hampshire summers in order to catch both locations during their peak tourist season.

The image below is taken from Massengill’s book, and shows the type of scaffold system Eddy used to take bird’s-eye view photographs. It is likely he used a similar set up to photograph the downtown scene of Southern Pines shown above. 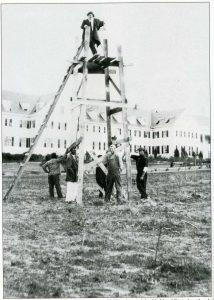 Eddy had a 38 year career as a photographer in North Carolina, and we know many of his surviving photos because local merchants frequently bought the images in order to reproduce them as postcards.