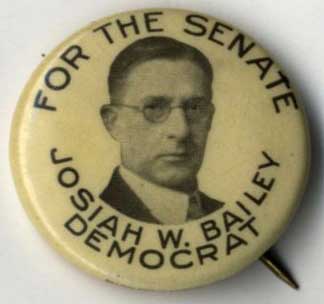 “The South is hypersensitive to criticism which emanates from the outside, and professional Defenders-of-the-South never fail to take advantage of every opportunity to aggravate this unfortunate psychopathic condition.

“Symptomatic of this was the reaction which followed the remark by Frances Perkins that a ‘social revolution would take place if shoes were put on the people of the South.’  ‘Why, even the mules of the South wear shoes!’ indignantly rejoined Senator [Josiah] Bailey of North Carolina.

“‘There is a considerable colored population in the South who would regard it as a distinct punishment to be required to wear shoes,’ added Senator Duncan Fletcher of Florida.”

[from Southern Exposure by Stetson Kennedy (1946)]

(This episode goes unmentioned in Kirstin Downey’s just-published The Woman Behind the New Deal: The Life of Frances Perkins, FDR’S Secretary of Labor and His Moral Conscience.)