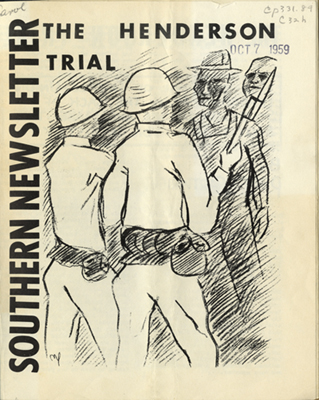 We hear that it’s July 1st. But we’re still writing June on our checks. So, perhaps, that means it’s okay to let you know about our latest This Month in North Carolina History—for June!

In November 1958 workers at the Harriet and Henderson Mills in Henderson went out on strike. Over the ensuing months their peaceful protest turned to one plagued by violence. In June 1959, eight men—strikers and regional leaders of the Textile Workers Union of America—were charged with conspiring to blow up several facilities in Henderson. The strike and trial gained national attention and served as a yet another battleground for the long struggle between unions and their opponents in the South.