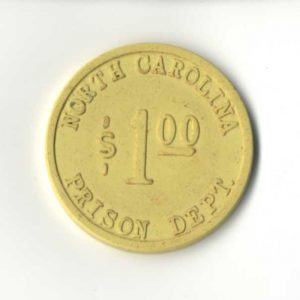 On this day in 1965: The Rolling Stones make their first appearance in Charlotte, drawing less than a half-full house at the original Coliseum (and failing to rate a review in the Observer).

Reports the Charlotte News: “What it was wasn’t music, but it was harmless. Promoter Jim Crockett had hired 40 policemen to hold back the mob, but there wasn’t any mob. [Mick] Jagger looks like a teenage miss who’s just washed her hair and can’t find her curlers. His straggly brown locks swishing around his shoulders, Jagger wrestles with the microphone, does some fancy strutting and spinning and sings.”

Pictured: Media pass for the Rolling Stones’ much better attended 1997 concert, the first in Charlotte’s new NFL stadium. The show sold out 54,436 tickets and grossed a reported $3,126,945.

Unfortunately for the Carolina Panthers, the stage set-up required resodding 25 yards at one end of the field. Heavy rains made the next game an embarrassing mudfest, including no fewer than nine fumbles.