“Outside of East Tennessee the most extensive antiwar organizing took place in western and central North Carolina, whose residents had largely supported the Confederacy in 1861. Here the secret Heroes of America, numbering perhaps 10,000 men, established an ‘underground railroad’ to enable Unionists to escape to Federal lines.

“The Heroes originated in North Carolina’s Quaker Belt, Piedmont counties whose Quaker and Moravian residents had long harbored pacifist and antislavery sentiments. Unionists in this region managed to elect ‘peace men’ to the state legislature and a member of the Heroes as the local sheriff. By 1864 the organization had spread into the North Carolina mountains, had garnered considerable support among Raleigh artisans and was even organizing in plantation areas (where there is some evidence of black involvement in its activities).

“Confederate governor Zebulon Vance dismissed the Heroes of America as ‘altogether a low and insignificant concern.’ But by 1864 the organization was engaged in espionage, promoting desertion and helping escaped Federal prisoners reach Tennessee and Kentucky….

“Most of all, the Heroes of America helped galvanize the class resentments rising to the surface of Southern life. Alexander H. Jones, a Hendersonville newspaper editor, pointedly expressed their views: ‘This great national strife originated with men and measures that were … opposed to a democratic form of government.… The fact is, these bombastic, high-falutin aristocratic fools have been in the habit of driving negroes and poor helpless white people until they think … that they themselves are superior; [and] hate, deride and suspicion the poor.’ ”

Cold winds swept through its ill-fitting swinging doors. There was no toilet… The only washing facilities — and they were then a modern improvement — were long galvanized iron troughs in the corridors with cold water taps above them. Undoubtedly the recollection of great earlier students filled the rooms. In their time, they must have shivered too.

— Mr. Jonathan Daniels, recalling in 1966 his days as a student resident of Old East

Old East is, rightly, the beginning of any history of UNC’s built environment. When its cornerstone was laid in 1793, its builders surely knew that it was the first state university building in the nation. But could they have known then that it would still be standing in 2012? Could they have imagined the changes it would see in its lifetime: first toilets, then television, then microwaves, then wi-fi?

In 1922, Old East was condemned as unsafe and that could have been the end of the story. Fortunately, those at the helm had the foresight (and the hindsight) to recognize the building’s value and invest in renovations. As the result of a legislative appropriation, its walls were reinforced and its east-side portico restored. In 1966, Old East was designated a National Historic Landmark.

The effort to preserve Old East is one of the stories Wendy Hillis will share during “Lux Libertas in Perpetuity: Historic Preservation at UNC.” Hillis, UNC’s historic preservation officer, will deliver the talk as the 2012 Gladys Hall Coates University History Lecture on April 4 at 5:30 in Wilson Library.

The talk celebrates two current Library exhibitions about campus architecture. A Dialogue Between Old and New: Notable Buildings on the UNC Campus is on view in the North Carolina Collection Gallery. Knowledge Building(s): The Libraries at the University of North Carolina at Chapel Hill is in the gallery of Davis Library. Both are open through May 31, 2012. 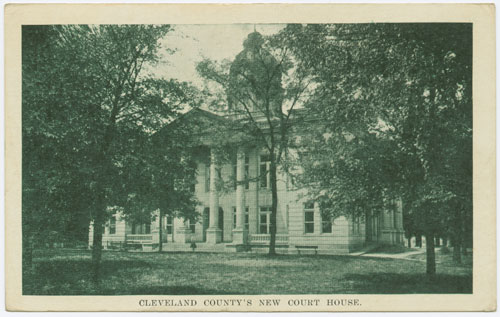 “We have [an opinion poll] in North Carolina that we feel is quite reliable. We tabulate automobile bumper stickers to determine the trend of support for presidential candidates.

“Our latest tabulation indicates that Nixon is in first place, Linville Caverns is in second, and Kennedy is tied for third with Tweetsie Railroad.”

— Letter from Jack Runnion of Winston-Salem to the editor of Time magazine, October 10, 1960 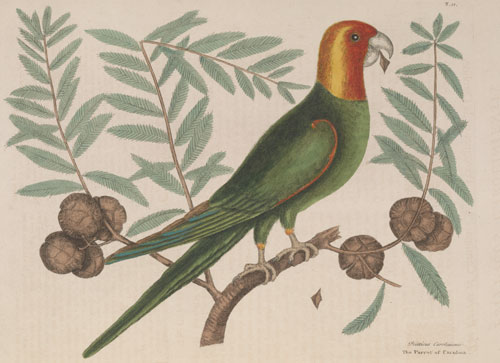 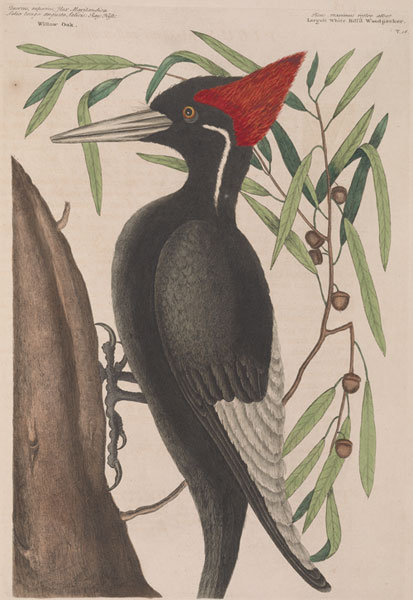 There are a number of wacky food days out there and today happens to be one.  March 28 is National Something on a Stick Day.  Here are a few recipes from the North Carolina Collection stacks to help you celebrate.

At the “New Voyages to Carolina: The First North Carolina” conference held at East Carolina University in February of this year, Dr. Larry Tise shared a list of what he, Dr. William S. Price, and Dr. Jeffrey Crow “considered ‘the most influential books’ in shaping the way we have told the North Carolina story in the past and which will still inspire us as we formulate a new narrative. [These books] are the ‘perennial’ and ‘permanent’ formulations of North Carolina’s character and history. We also fondly aspire to tell the North Carolina story in the future as ‘elegantly’ as has been narrated in these important works.” [quote from email correspondence the author had with Dr. Tise]

Seems like a pretty good list…but what do you think? Agree? Disagree? Additions? Deletions? (Let’s keep it at six…so if you add one, you have to delete one—so make your case well)

” ‘Here come de judge!’ not only achieved a nationwide circulation exceeding Markham’s wildest dreams, but also earned a niche in the glossary of show-biz phraseology….

“Markham had spent decades on the vaudeville ‘Chitlin Circuit’ along with such greats as Moms Mabley and Mantan Moreland, occasionally heading downtown to perform before an integrated audience at Minsky’s Burlesque…. Only in the 1960s did he start showing up with any frequency on ‘mainstream’ television, and only during a one-year ‘Laugh-In’ gig did he ever appear as a TV-series regular.”

A second “Laugh-In” catchphrase, “Look that up in your Funk and Wagnalls,” also originated with Markham. He died in 1981 at age 77.

“[In 1958 in Monroe, North Carolina] two Negro boys aged seven and nine were playing house with a group of white kids their age….  One of the white girls and one of the Negro boys kissed. The little girl told her parents. Joined by his neighbors, the girl’s father went looking for the boy and his family with a gun. Both boys were arrested and sent to reform school indefinitely. As head of the local chapter of the NAACP, Robert Williams…  called in the national office. There followed a classic case of alienation between the Negro middle class and the Negro poor….

“Since the boys were deemed illegitimate, the national office had reservations about  involvement in their case, feeling that the boys’  families just weren’t the type of Negroes to shine a national limelight on….

“But an English reporter got wind of the case and decided to visit the boys in reform school. She brought along their mothers, and the photo of their reunion was shown in newspapers around the world. Demonstrations in support of the boys were held in Paris, Rome, Vienna and Rotterdam. … Fifteen thousand signatures demanding their release were… sent to President Eisenhower and [Gov. Luther Hodges]. The boys were released on February 13, 1959.”

— From “Shadow of the Panther: Huey Newton and the Price of Black Power in America” by Hugh Pearson (1994)