Of the more than 4,000 yearbooks we’ve digitized for the North Carolina College and University Yearbooks collection, one of the most creative that I’ve seen is the 1985 Yackety Yack from UNC-Chapel Hill. The book is arranged like an encyclopedia of the campus and community, with pretty clever entries throughout and some great photographs. It’s also a great look into student life and culture, with entries about cultural figures such as Eddie Murphy and Lou Reed, and many references to the 1984 political campaigns which featured the heated race between Jesse Helms and Jim Hunt for U.S. Senate. 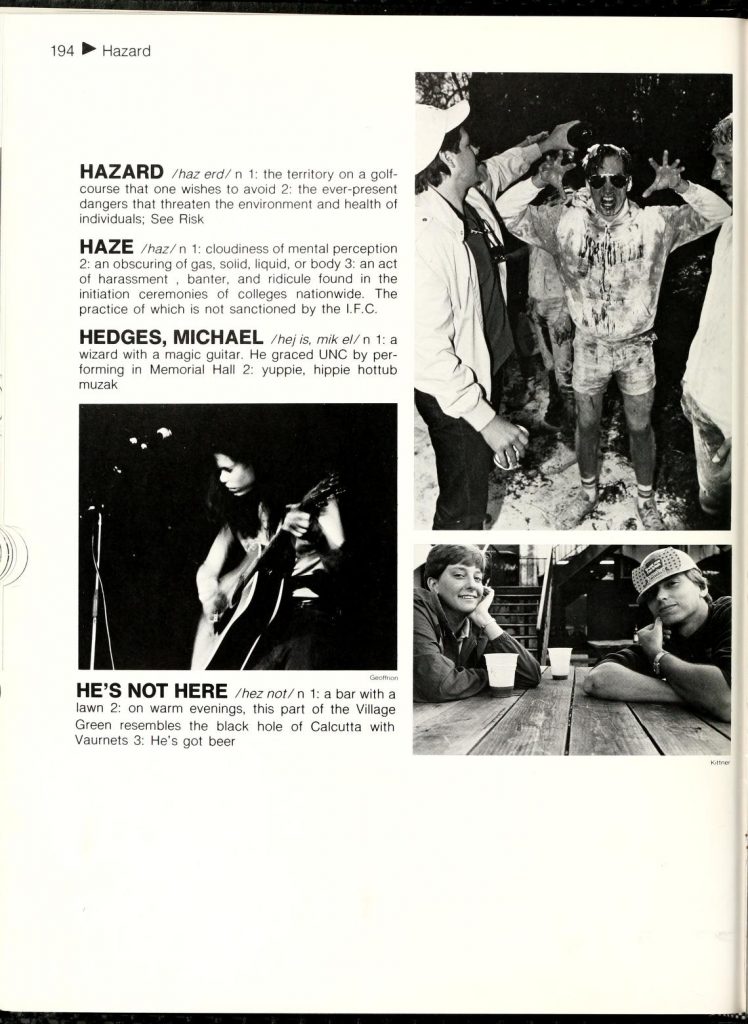 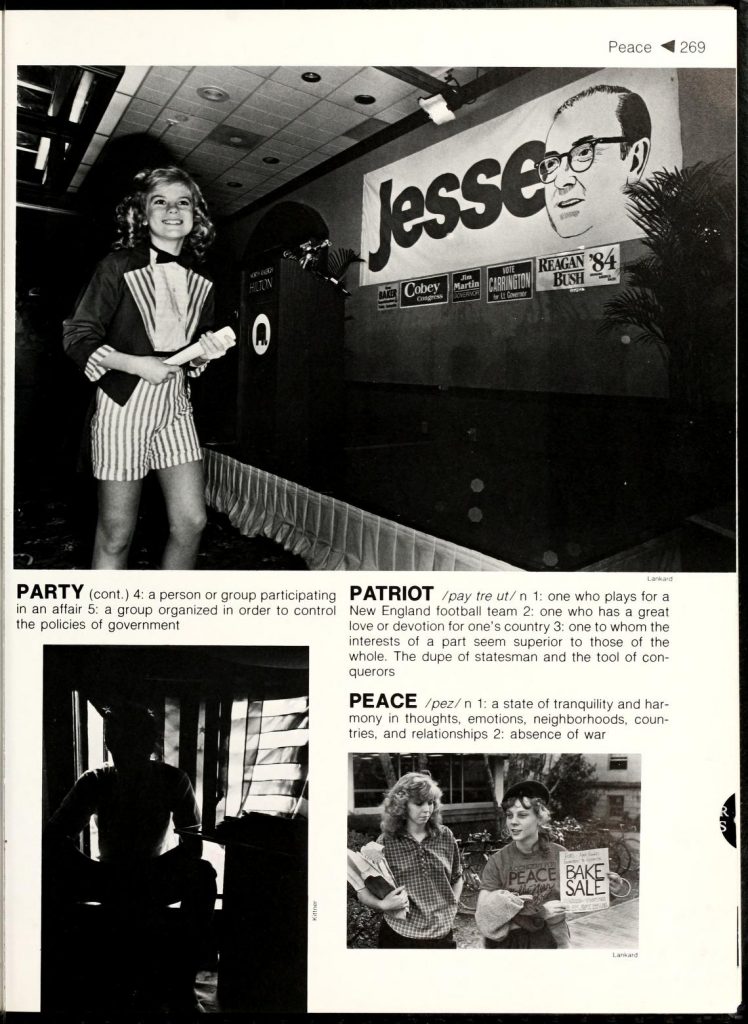 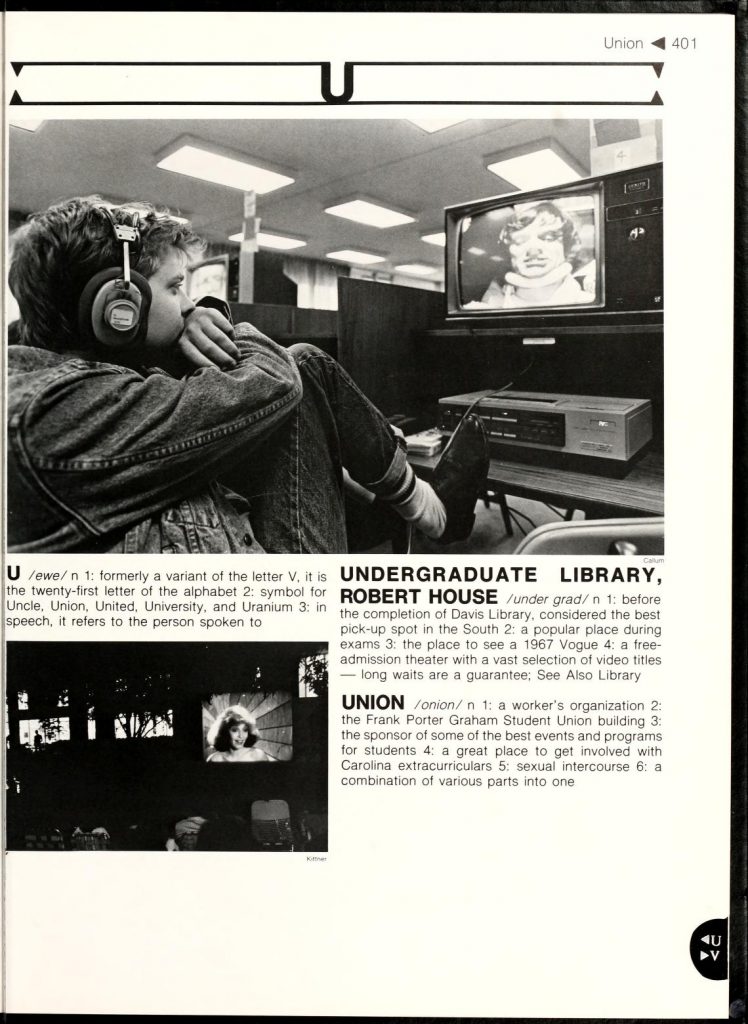