1. True or false: Until “Birth of a Nation” — the movie version of Thomas Dixon’s “The Clansman” — it never occurred to the Ku Klux Klan to burn crosses. 2. What ship at the center of an international incident in 1975 began its existence as a Liberty Ship built in Wilmington during World War II?

4. After the death of Stonewall Jackson his horse, Little Sorrel, spent more than 20 years on the Lincoln County farm owned by Jackson’s father-in-law, making appearances at fairs and Confederate veteran reunions. Where did Little Sorrel go after that?

1. True. Dixon had included a pivotal cross-burning in his novel to support the Klan’s supposed link to clans in Medieval Scotland that burned crosses on hillsides to rally troops before battle.

2. The Mayaguez, a U.S. container ship captured by communist Khmer Rouge guerrillas three days after it strayed into Cambodian waters.

4. Little Sorrel was shipped by rail to the Virginia Military Academy in Lexington, where Jackson had taught before the war. When the horse died he was stuffed and put on display at the VMI Museum. In 1997, the Daughters of the Confederacy reclaimed Little Sorrel’s bones from the taxidermist, burned them and buried them in front of the Jackson statue near the parade grounds.)

With the 2018 graduation now behind us, the May Artifact of the Month reminds us that although our time at the University is brief, our love and appreciation for the school is eternal. This class ring from 1940, formerly owned by the late historian and Curator of the North Carolina Collection William S. Powell, invokes the pride and spirit possessed by anyone privileged enough to call UNC their alma mater. 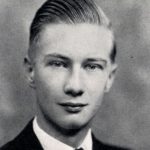 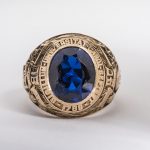 The ring’s designers included symbols related to the University’s history. The 10k gold ring features both the official school seal and the unofficial school symbol, the Old Well. The ring includes the Latin version of the University’s formal name with an ode to the school’s charter year in 1789. It also features the phrase, “Esse Quam Videri,” meaning “to be rather than to seem,” which is also the state motto. 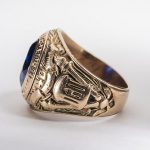 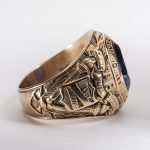 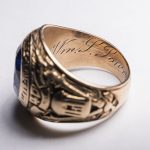 The ring bears Powell’s name through an inscription on the inside of the band, immortalizing his status as a proud UNC alumnus. Powell earned his bachelor’s degree in library science after transferring to CUNC from Mitchell College in Statesville. He went on to earn a master’s degree in history from the University in 1947 and began his extensive career at UNC working for the North Carolina Collection.

Students now celebrate their senior status by purchasing a class ring and attending the special ceremony hosted by the General Alumni Association, a tradition dating back to 2008. The ceremony aims to connect students and alumni who purchase rings by making ring buying a special occasion, rather than it simply arriving in the mail. Rings come in multiple styles and color options, with the choice to feature either their customized degree symbol or the traditional school seal. 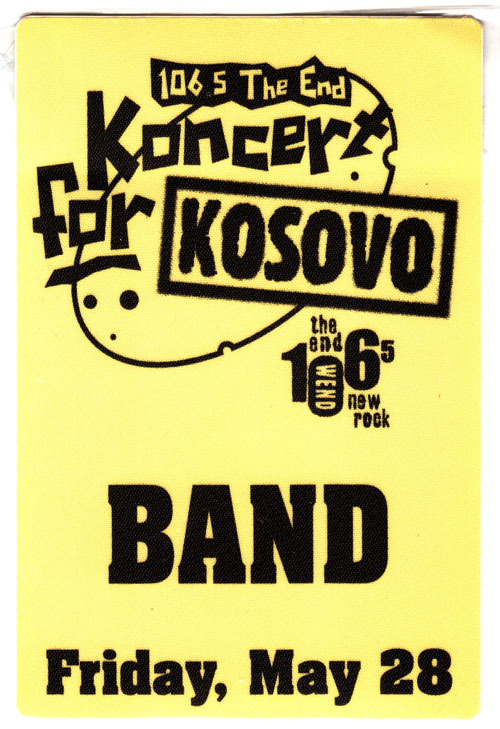 1. What are the six poisonous snakes found in North Carolina?

2. Greensboro surgeon John Lyday served as the model for what well-known movie and TV character?

3. True or false: North Carolina has no buildings designed by Frank Lloyd Wright.

4. “Positively no dogs of any size, value, color or ugliness allowed. Guests who attempt to smuggle them in vanity boxes or suit cases will be asked to vacate their rooms.” What well known hotel included this warning in a 1920 brochure?

5. Until 2012, what company owned the Star-News in Wilmington, the Times-News in Hendersonville and the Dispatch in Lexington?

2. Trapper John on “M*A*S*H.” While serving in the 8055th Mobile Army Surgical Hospital in Korea, Lyday worked with another surgeon, Dr. Dick Hornberger, who under the pen name Richard Hooker wrote a novel that became the basis for the movie and TV series. He died at age 78 in 1999 in Greensboro.

3. True. Although Wright designed homes in Morganton and Asheville, as well as a housing complex for blacks in Whiteville, none was ever built.

4. The Grove Park Inn in Asheville.

“All that is left of Virginia Dare and the Lost Colony is this tradition supported by the presence of Indians with fair skin and eyes, and the statute of North Carolina that the blood of these early settlers shall not be further adulterated, by miscegenation, with the blood of the Negro.”

— From “Race Distinctions in American Law” by Gilbert Thomas Stephenson (1910)

In this letter the Pembroke town council explains to Atlantic Coast Line why its new station needs to include three waiting rooms rather than two (1913).

“Sitting at 4,600 ft. elevation, Ghost Town in the Sky [later Ghost Town Village]  has been in existence since 1961. R.B. Coburn built the Wild West-themed amusement park on Buck Mountain for $1 million.

“During its peak seasons, the park welcomed around 500,000 guests. These guests moved quickly through the park as the chairlift impressively transported 1,200 people per hour….”

After decades of problems — mechanical breakdowns, a gunfighter shot with a real bullet, declining interest in Westerns — Ghost Town is  closed to the public — unless you’re a drone pilot!

Maggie Valley officials are seeking a developer for the abandoned property.

1. Evelyn Lincoln, secretary to President Kennedy, wrote that on the eve of his trip to Dallas he had told her he might replace Vice President Lyndon Johnson on the 1964 ticket with what North Carolinian?

2. “Your name is James. You’re twenty-three. You live in North Carolina.” These words appear in what controversial 2004 bestseller?

3. The first documented operation on what sick animal was performed in 1993 by veterinarians at N.C. State?

4. If you dug a hole in North Carolina straight through to the opposite side of the world, where would you wind up? A. Pacific Ocean

5. The protagonist in Tom Wolfe’s 2004 novel “I Am Charlotte Simmons” is a college student from what N.C. town?

1. Gov. Terry Sanford, who later said Kennedy never mentioned the possibility to him.

2. “A Million Little Pieces” the discredited memoir by James Frey.

Though neither a Tar Heel born nor a Tar Heel bred, Tom Wolfe managed quite a number of Miscellany appearances — often juxtaposed with native sons Thomas Wolfe (here,  here  and here) and Junior Johnson (here and here).

In 2000 Wolfe became the first recipient of the Thomas Wolfe Prize.

From his acceptance note, handwritten atop the letter from professor William L. Andrews:

“I’m one of my namesake’s greatest fans. When I was just old enough to read, I noticed that there were two books on the shelves at home with my name on them, Look Homeward, Angel and Of Time and the River. My parents had a hard time convincing me that the author was no kin to me. He had to be. And sure enough, I’m ‘a putter-inner’ too….”

The “putter-inner” reference is from Thomas Wolfe’s response to F. Scott Fitzgerald’s criticism of his “unselective” approach to writing: “You say that the great writer like Flaubert has consciously left out the stuff that Bill or Joe will come along presently and put in. Well, don’t forget, Scott, that a great writer is not only a leaver-outer but also a putter-inner, and that Shakespeare and Cervantes and Dostoevsky were great putter-inners—greater putter-inners, in fact, than taker-outers and will be remembered for what they put in….” 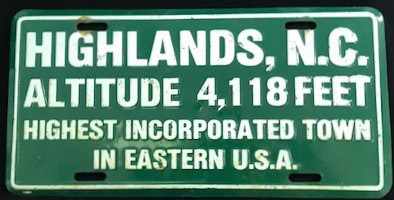 No date on this promotional plate, but Highlands lost its bragging rights in 1981 with the incorporation of Beech Mountain (5,506 feet).

“[‘Bring the War Home: The White Power Movement and Paramilitary America’]  sprang from [Kathleen] Belew’s research on a 1979 anti-Ku Klux Klan rally in Greensboro, North Carolina, in which five members of the Communist Workers Party were murdered. A comment by one of the killers, who was among a group of Klansmen and neo-Nazis, stuck with her: ‘I shot communists in Vietnam. Why wouldn’t I do that here?’

” ‘I couldn’t stop thinking about that,’ Belew said. ‘It collapsed peace time and war time, front lines and home fronts, and different kinds of enemies. I looked through the archive generated by this movement, and that was pervasive throughout the materials. The Vietnam War was a major force in uniting this social movement.’ ”