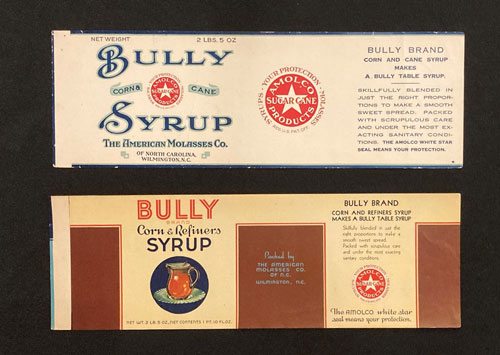 “In spring 1775, the entire committee of safety in Wilmington, North Carolina, visited each family to request that the head of household sign a paper in support of the [Continental] Association or to state his motives for refusing. Few felt they could deny their signature when their neighbors were watching on their doorstep.

“Eleven Wilmingtonians nevertheless refused; these dissenters were effectively ostracized and called out in the Cape-Fear Mercury, an outlet specially founded for such purposes.”

— From “Scars of Independence: America’s Violent Birth” by Holger Hoock (2017)

“Segregation of public facilities — including water fountains and restrooms — was officially outlawed by the Civil Rights Act of 1964, signed into law by President Lyndon B. Johnson….

“In Raleigh, Wilmington and other Southern cities, businesses seem to have complied grudgingly but promptly…. In smaller towns and rural areas, however, Jim Crow customs lingered longer.

“Local history librarian Beverly Tetterton remembers seeing fading ‘White’ and ‘Colored’ signs on the restrooms of shuttered gas stations when she first came to town in the 1970s.

“Elliott Erwin of Magnum Photos took a celebrated black-and-white photo of a segregated water fountain in North Carolina in 1950.”

— From “When did segregated water fountains end?” by Ben Steelman in the Wilmington StarNews (June 5, 2009)

“In one of his anecdotal books, ‘Only in America,’ [Harry] Golden said that he once persuaded a North Carolina department store owner to put an ‘Out of Order’ sign over his ‘white’ drinking fountain. Little by little, whites began drinking out of the ‘colored’ fountain, and by the end of the third week ‘everybody was drinking the “segregated” water.’ ”

“….Just down Atlantic Avenue, a narrow four-block-long road from Kure (pronounced “Cure-ee”) Beach Fishing Pier, an old seaside cottage bears witness to a time when things weren’t all sunshine and Cheerwine along the Carolina coast. It was here on a July night in 1943 that a German U-Boat supposedly surfaced and fired shots at a factory complex located a half-mile off shore. If the incident actually occurred—and many believe it didn’t—it would have been the only time the East Coast of the United States was attacked during the Second World War….”

— From “Did a Nazi Submarine Attack a Chemical Plant in North Carolina?” by John Hanc in the Smithsonian (Aug. 2)

On this day in 1844: Mary Baker Eddy, future founder of the Christian Science church, leaves Wilmington to return to her family farm in New Hampshire following the death of her husband from yellow fever.

She and businessman George Washington Glover, married barely six months, had lived in Wilmington while he planned a construction project in Haiti.

Reagan will visit again in 1960, but this time Merv Griffin is emcee.

On this day in 1897: Wilmington is visited by what may be the state’s first UFO. According to the Wilmington Messenger, which headlined its account, “Was It an Air Ship?” hundreds of citizens spotted the “remarkable . . . brilliantly lighted” object as it floated above the city, creating “a sensation among all classes of people.”

“The Scotswoman Janet Schaw took a dim… view of Southern laundry practices. Staying with her brother and sister-in-law [in Wilmington] in 1775, she praised North Carolina soap, made from ‘the finest ashes in the world’ (although she observed that rather than make soap for themselves, many housewives made do with an inferior-quality Irish soap ‘at a monstrous price’).

“But laundresses were another matter entirely. ‘They are the worst washers of linen I ever saw,’ Schaw declared, attributing the mediocre results to mixing different colors and fabrics ‘promiscuously’ into a single kettle and neglecting to ‘blue’ white garments (a process that counteracted yellowing) or make use of the sun’s rays…. She was impressed by neither the boiling technique nor the ‘Negro wench turn[ing] them over with a stick.’ ”

“To the very end of Reconstruction, blacks would insist that ‘those who freed them shall protect that freedom.’ The strength of their commitment to this principle, and to the [Freedmen’s] Bureau as an embodiment of the nation’s responsibility, became clear in 1866 when President Johnson sent generals John Steedman and Joseph S. Fullerton on an inspection tour of the South. Johnson hoped to elicit enough complaints to discredit the agency, but in city after city, blacks rallied to the Bureau’s support….

“In Wilmington, North Carolina, 800 blacks crowded into the Brick Church to voice support. ‘If the Freedman Bureau was removed,’ one speaker insisted, ‘a colored man would have better sense than to speak a word in behalf of the colored man’s rights, for fear of his life.’

“Somewhat taken aback, General Steedman asked the assemblage if the army or the Freedman’s Bureau had to be withdrawn, which they would prefer to have remain in the South. From all parts of the church came the reply, ‘The Bureau.'”

By 1869 the role of the Freedmen’s Bureau had been greatly diminished, and it was closed in 1872.

On this day in 1882: Presbyterian minister Joseph Wilson, father of Woodrow Wilson, laments in a letter to his son the demands of his latest flock:

“My work here in Wilmington seems to be done, and I think I see evidences amongst the people that some of them think so too. Yet I never preached so well . The fault they find with me is as to visiting. They want a gad-about gossip.”