Yesterday’s truly remarkable North Carolina-related plane crash reminded me of some negatives from the Morton collection depicting the January 6, 1960 crash of National Airlines Flight 2511 near Bolivia, NC (outside Wilmington).
Both US Airways 1549 and NAL 2511 were headed out of New York City (1549 bound for Charlotte, 2511 for Miami), but their outcomes were decidedly different. While (thankfully) all 155 US Airways passengers and crew survived, on 1/6/1960, all 34 on board were lost. And the culprit was not a bird but a bomb. 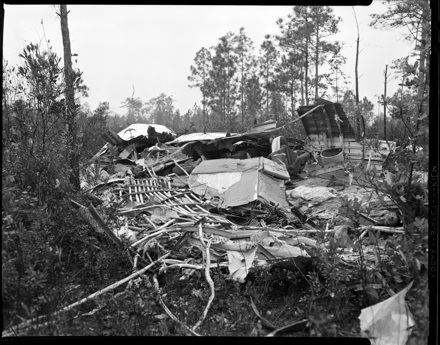 The story of NAL Flight 2511 is gripping and remains unresolved. The cause of the crash was a dynamite bomb, originally believed to have been detonated by a passenger named Julian Frank in a murder-suicide. (Frank was being investigated for fraud and embezzlement and had bought valuable life insurance policies prior to the crash). 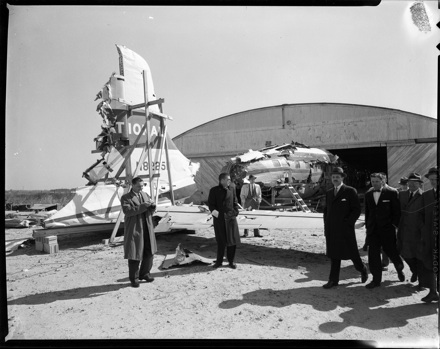 Other evidence, however, brought Frank’s guilt into question. Remarkable similarities to the crash of NAL Flight 967 a few months prior led some to suspect that the two incidents were connected. No one was charged in either case. 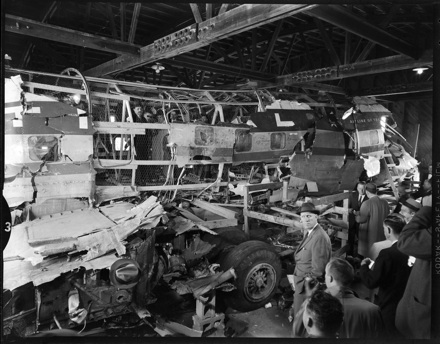 The full Civil Aeronautics Board Accident Report for NAL Flight 2511 is available online (click on “Historical Aircraft Accident Reports” to find it)—but be warned, some details (like some of Morton’s photographs not included in this post) are not for the squeamish.

6 thoughts on “Mystery in mid-air”