Serendipity strikes again!  While going through negatives of UNC students from the 1940s, I saw an image of a woman sitting on an Indian motorcycle that hadn’t been digitized and just cried out, “Scan me!”  It’s today’s featured photograph from the Hugh Morton collection. 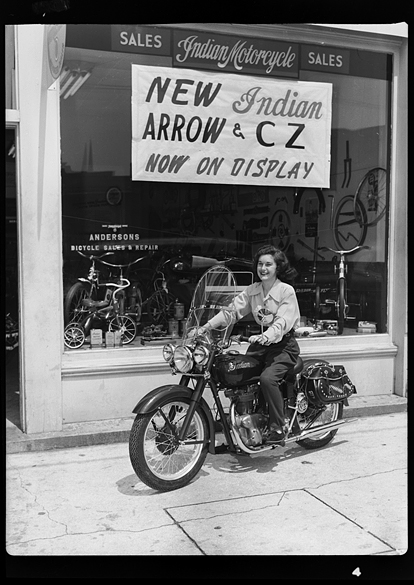 The rider in this portrait (or advertisement?) is probably not a UNC student because I tracked downed Anderson’s bicycle shop in Wilmington city directories.  Would anyone like to try and identify the model and year of the motorcycle?  Bonus points for the rider, although I suspect she may be a model rather that the owner, but you never know. Here are some clues to sleuth: