Some of you may have seen the comment I wrote recently about the North Carolina State Library making issues of The State and Our State magazines available online.  Last Friday, the Our State Twitter feed tweeted the magazine’s December 1, 1970 cover, which was drawn from the above Hugh Morton photograph.  The issue’s cover caption on page 2 of the magazine begins, “Pretty as a Christmas card,” and identifies

We made a nice large scan of the black-and-white negative just in case anyone would like to order a print.  I made a 16×9 crop for my computer desktop: 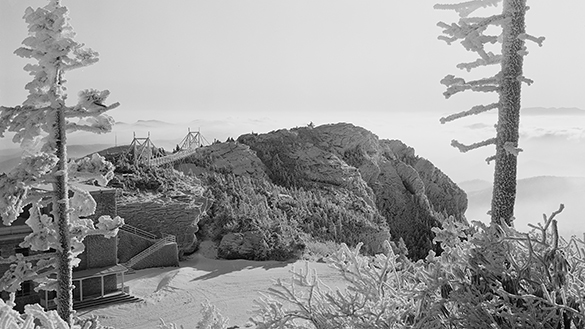 There’s also a color version in the online selection of Morton photographs.