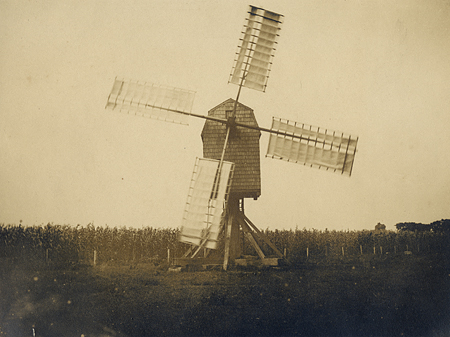 Nick’s post earlier today reminded me of the photograph in the North Carolina County Collection you see above.  The caption on the back of the photograph reads, “Early and late method of grinding corn in Hyde Co N.C.  Mill on edge of lake Mattamuskeet.”  The photograph was donated by the family of Collier Cobb, who became instructor of geology at UNC in 1892 and, in 1893, the chairman of the university’s newly-established Department of Geology. He served in that post until 1934, the year of his death.  Cobb was a photographer among his many talents, so he may be the creator of this unattributed photograph.  A collection of Cobb’s negatives and photographs are part of the North Carolina Collection Photographic Archives.