“Movie stars such as Mary Pickford and Charlie Chaplin visited the Queen City to generate enthusiasm [for war bonds]. Charlie Chaplin’s stimulating 10-minute speech on April 11, 1918, succeeded in raising $20,000 to $25,000 in subscriptions. He promised to kiss any woman in the audience who subscribed $5,000 worth of bonds…. Several $1,000 pledges were made….

“Shouts of ‘Hi Charlie!’ ‘Hoorah for Charlie!’ were heard amid cheers as he rode through [Camp Greene] …. He visited one company at a mess hall and had a picture taken with the boys circled about him. Chaplin holds a plate of dollar bills, calling attention to the [need for] money to put something to eat in the soldiers’ pans.

“As he returned to his car Chaplin assumed his famous waddle. His hat flew up and with his familiar expression he glanced up, reached out and caught it.”

— From “The Echo of the Bugle Call: Charlotte’s Role in World War I” (1979) by Miriam Grace Mitchell and Edward Spaulding Perzel

Curiously the book’s illustrations don’t include one of Chaplin, nor is there one in the collection of the Robinson-Spangler North Carolina Room at the Public Library of Charlotte & Mecklenburg County. I haven’t checked microfilm for the Observer and News. I do have a (flea-market-found) photo of soldiers at Camp Greene lining a dirt road and “Waiting for Charley Chaplin” taken by “Watson / Army Navy News.”

On this day in 1963 17-year-old Jim Hunter of Hertford in Perquimans County, hunting with his brothers on Thanksgiving Day, comes harrowingly close to ending his Hall of Fame pitching career before it starts. An accidental blast from a shotgun blows away his right little toe and embeds 45 pellets in his foot.

By June he has recovered sufficiently to sign a $75,000 contract with the Kansas City A’s. Flamboyant owner Charles O. Finley, dismayed that his “bonus baby” has no nickname, will concoct a story about Hunter’s running away from home at age 6 and being discovered fishing. Hence, “Catfish” Hunter.

“It was the summer of ’79, and four Lincolnton boys were going through Dean Smith’s basketball camp at Chapel Hill.

“‘Wake is fake,’ another offered.

“The campers liked the line so much they were still reciting it when their parents picked them up for a farewell stop at Franklin Street’s Shrunken Head souvenir shop.

“Cloninger’s 10-year-old sister, Elizabeth, liked it so much she had it lettered, with modifications, on a T-shirt at the Shrunken Head.

“Shelton Henderson, owner of the Shrunken Head, liked it so much he added it to his line of bumper stickers.

“And Tar Heel fans liked it so much they bought, in a barely a year, about 3,000 ‘Duke Is Puke…’ stickers, a figure that rivaled ‘If God Is Not a Tar Heel, Why Is the Sky Carolina Blue?’ (and topped ‘Teach a Young Child to Hate State.’)”

This excerpt of Ogilby’s 1671 map, “A new discription of Carolina by the order of the Lords Proprietors,” shows an area named Turkey Quarters, located in what is now Pender County, but at the time, Clarendon County.  According to Powell’s North Carolina Gazeteer, the area was named “by Barbadian explorers in 1663 becuase of the many turkeys killed here.”

–Officials of the Empire State Building, sending a 50th anniversary card (in 1979) to Winston-Salem’s Reynolds Building, on which it was modeled.

The 22-story art deco landmark, vacated earlier this year, has just been put on the market by Reynolds American. It’s my favorite building in North Carolina — what’s yours? 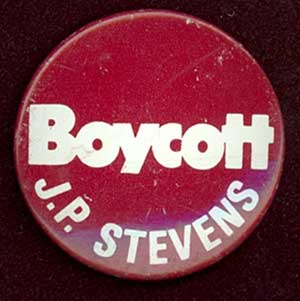 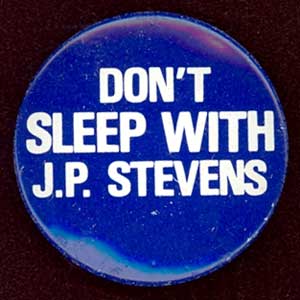 “I have a framed, yellowing copy of my first published oeuvre, a poem called ‘Fresh Fruits of Autumn Leaves,’ which at five years old I had composed for my mother while we were having a bath…. My mother jumped out of the tub, grabbed a pen and paper and asked me to repeat what I’d said….

“My father, so moved by this effort , sent my poem to the Carolina Israelite — why this publication, I’ll never know…. Even at age five… I knew it would never have gotten published if my father hadn’t been James Jones.”

Naturally, I was curious. What was the connection between Israelite editor Harry Golden and James Jones, author of “From Here to Eternity” and “The Thin Red Line”?  They shared bestseller lists in the ’50s, of course. But my inexpert Googling turned up no more in common than both their names on free-speech petitions on behalf of Lenny Bruce.

Although Jones isn’t mentioned in the Harry Golden Papers at UNC Charlotte,  I found what I was looking for in the James Jones Papers at the Harry Ransom Center, University of Texas at Austin: a 1965-66 exchange of letters between Golden in Charlotte and Jones in Paris, plus Gloria Jones’ handwritten manuscript and James Jones’ typewritten version.

And here’s the Carolina Israelite connection: “Dear Harry Golden, It turns out that my secretary is a great fan of yours and receives your columns from a brother at home. So I’ve been reading them too…. You published a poem by a young boy of seven, or was it nine?… It gave me the idea of sending you a poem which my five-year-old daughter wrote, and which astounded me…. If you could see your way clear to printing it, we would all be most happy…”

Golden: “I will run Kaylie’s poem in the January issue…. The next time I get over there I’ll call you and maybe we can have a chat and bit of fellowship.”

Jones: “I am writing now at the request of my wife, who would like  ‘many, many copies’ of the January issue. If you could send us… say 60 or 80, I would reimburse you at their retail cost.”

These are only excerpts — I forwarded to Kaylie a copy of her father’s lengthy and (in Golden’s words) quite “warm-hearted” query letter. “What an amazing thing to receive,” she replied. “I’m sitting here with tears streaming…. How wonderful to know how he chose that publication!”

Nick Graham, the ever-alert manager of the digitization project, North Carolina Maps, knows that I love maps and, at one time, studied the history of highways in North Carolina. He recently alerted me to a great 1924 highway map of North Carolina digitized from the collection of the State Archives in Raleigh. The back of the map has a chart of distances between towns and a lot of information about driving in the state – the state-wide speed limit was 30 mph. Our favorite thing, however, was a motto written in bold letters across the bottom saying “It is Harder to Get Lost in North Carolina than to Find the Way in Many States.”

Series 2 of the Hugh Morton finding aid is now available online! Visit the finding aid here to check out the addition of People and Events, late 1920s-early 2000s (bulk 1940s-1990s).

To see photos from Series 2 online through the Hugh Morton Collection of Photographs and Films, click here.

More information on the addition is available through our sister blog, A View to Hugh.

“Robert Williams was one of the most realistic comedians the screen had. He made Cary Grant look like he was overacting…. To watch Robert Williams act was like seeing a comic using the Method, long before the Method became famous with Marlon [Brando] and Monty [Clift].”

–From a Turner Classic Movies interview with actor Christopher Plummer (2008)

“Williams … had a one-of-a-kind way of speaking a line — breezy and distracted, yet focused. An unmistakeable original, Williams is one of film history’s regrets. After a handful of talkies and this one starring role [opposite Jean Harlow in “Platinum Blonde”], he died of a ruptured appendix at age 34.”

–From “Dangerous Men: Pre-Code Hollywood and the Birth of the Modern Man” (2002) by Mick LaSalle

“If he had lived, he almost surely would have become a major star.”

Robert Williams was born in 1897 near Morgantown in Carteret County and grew up on a farm. He ran away from home at age 11 to join a tent show.