The courtship, as described by Gunby, should naturally begin when the gentleman invites the lady for a ride in his buggy after church.  As the relationship progresses, the gentleman may drop by her house to visit her, and manages to speak directly to all members of the household except her.   And because dancing is “an amusement indulged in only by the sinful and depraved,” the only social interactions between the pair can occur while playing games at a gathering.  Actually proposing marriage requires a year or two of gathering courage.

Despite my toungue-in-cheek paraphrasing of Gunby’s treatise, what’s interesting to me is that much of the action of bringing the couple together seems to be fueled by town gossip regarding the public development of the relationship.  Gunby writes that after the post-church buggy ride, news of the interaction will be discussed by neighbors and friends across town over lunch.  If the man’s horse is seen tethered in front of the girl’s house, news of this will also spread, designating the lady as off-limits for other suitors.  Gunby writes:

“Mike Brown’s bay was hitched in front of Aunt Mary Ann’s gate when I came by” is announced at sundry supper tables that evening, and soon it is whispered around that Mike Brown is “going after” Loretta … no one in that neighborhood will dream of interfering with Mike’s plainly evinced intentions.  (174-175)

“In 1840 U.S. census takers…recorded 9 percent of adult whites as illiterate….

“In New England no state had less than 98 percent literacy, which equaled [world leaders] Scotland and Sweden.

“The state with the highest white illiteracy was North Carolina: 28 percent. The public school system called for in the state constitution of 1776 had never been implemented. However, in 1839 the Whigs gained control of the legislature and put through a long-delayed law authorizing common schools in counties that consented. As a result white illiteracy fell to 11 percent over the next 20 years.”

“[Three months later] there was a cave-in in a North Carolina mine in which 71 men were caught and 53 actually lost. It attracted no great  notice. It was ‘just a mine disaster.’

“Yet for more than two weeks the plight of a single commonplace prospector for tourists [near Mammoth Cave] had riveted the  attention of the nation on Sand Cave, Kentucky. It was an exciting show to watch, and the dispensers of news were learning to turn their spotlights on one show at a time.”

Allen was contrasting the failed cave rescue of Floyd Collins in 1925, perhaps the first news media sensation of the century, with the Coalglen explosion that hastened the decline of North Carolina’s once-thriving coal industry.

Not that North Carolinians didn’t show their own appetite for the morbid. The slow removal of bodies from the Carolina Coal Mine, the News & Observer reported, was dishonored by “an indecent exposition of the picnic spirit by a truckload of heedless students who came over from the University.”

Check out this new Harriet Jacobs website, hosted by the Edenton-Chowan County Tourism Development Authority.  It’s a great resource for information about Jacobs, the runaway slave and abolitionist from Edenton, North Carolina.  The website contains a biography of Jacobs, historic maps of Edenton, NC, curriculum for North Carolina fourth and eighth grade classrooms, and suggestions for further reading.

In addition to several copies of Incidents in the Life of a Slave Girl, the autobiography of Jacobs, check out these other resources in the North Carolina Collection about Harriet Jacobs and Edenton, NC:

Harriet Ann Jacobs, 1813-1897:  Self-Guided Tour of Her Edenton Years, 1813-1842.  If you ever visit Edenton, this pamphlet, published in 1998 by North Carolina Historical Sites, tells you where you can see former sites where Jacobs lived and worked, as well as the site where Edenton linked with the Underground Railroad.

“The Search for the Edenton Years of Harriet Ann Jacobs,” in Carolina Comments, 1990.  This is an essay by George Stevenson that discusses the real people and places of Edenton behind Incidents in the Life of a Slave Girl.

“Instead of an Ivy League university, [Robert Moses’ grandson Christopher Collins] wanted to go to little Chapel Hill College in North Carolina; [his mother] Jane was appalled, but Moses told her, ‘Oh, let the boy go where he wants.'” 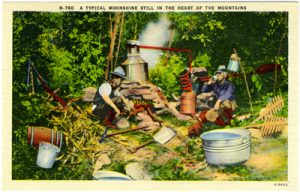 On this day in 1931 Amelia Earhart, on a promotional tour for Beech-Nut chewing gum, landed her autogiro on the dirt field at Charlotte’s privately owned airport.

During her three-day stopover she demonstrated the experimental “flying windmill,” attended a United Relief Drive luncheon, made a sidetrip to Fayetteville for Armistice Day ceremonies and endeared herself to Charlotte officials by endorsing their plan to buy the airport: “A few years’ time will prove it necessary, unless a city wants to suffer the fate some towns brought upon themselves in years gone by when they refused to permit railroads. . . . ”

Charlotte Municipal Airport, paid for by a bond referendum and a WPA grant, opened in 1937. 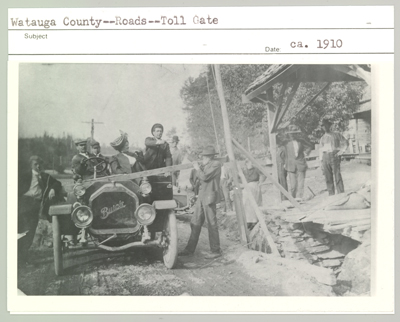 “One day not long after his installation [as assistant secretary of the Navy], he and [Secretary of the Navy Josephus] Daniels posed on an upper-floor porch looking down on the executive mansion. The prints came back, and Daniels showed the best one to Roosevelt.

“‘Franklin,’ he asked, ‘why are you grinning from ear to ear, looking as pleased as if the world were yours, while I, satisfied and happy, have no such smile on my face?'”

“Roosevelt seemed surprised at the question….

“‘I will tell you….’ Daniels continued. ‘You are saying to yourself, being a New Yorker, “Some day I will be living in that house” — while I, being from the South, know I must be satisfied with no such ambition.'”

— From “Traitor to His Class: The Privileged Life and Radical Presidency of Franklin Delano Roosevelt” (2008) by H. W. Brands

… This makes an interesting follow-up to last month’s essay on the history and origins of the NC State Fair, which you can read about here.