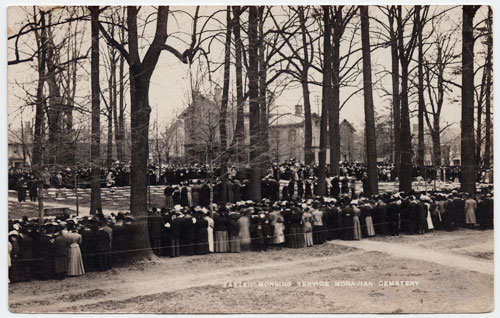 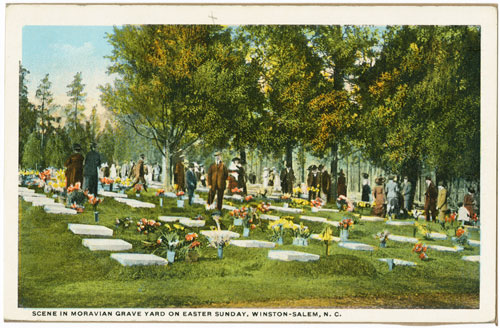 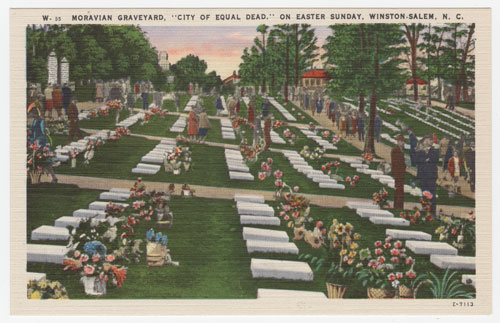 Worshipers and musicians will assemble early Sunday morning for the 240th Easter sunrise service in Old Salem. According to the Salem Congregation, the first Moravian sunrise celebration of Easter occurred in the town of Herrnhut in Saxony (now a part of Germany) in 1732. A group of men met in the town’s graveyard to sing hymns “and meditate upon the great fact of Christ’s death and resurrection.” From that date forward, the sunrise service became an annual feature of the Easter celebration for Moravians around the world. In Old Salem the same order of worship has been followed since 1772, when the first celebration was held by Moravians in that community.

Admittedly, the postcards above fail to capture the real beauty of the service, which emanates from the assembled brass band. The top postcard appears to show a group of musicians on the right end of the short row of worshipers.