Today we travel to battlefields and cemeteries of Eastern NC for our daily dose of paranormal activity. 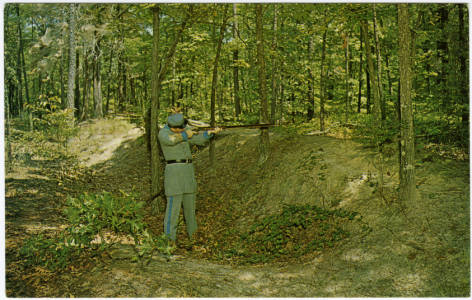 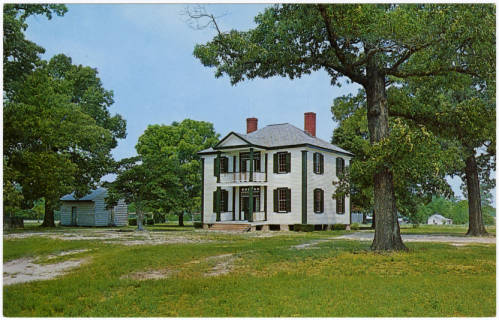 Four Oaks, NC, was home to the last major Confederate offensive against General Sherman’s Union army. The Battle of Bentonville, which lasted three days, is the largest battle in North Carolina history and some say remnants of the fight linger. Visitors to the Bentonville Battleground State Historic Site recount experiencing the sounds and smells of battle: shouts, rifle shots, cannon fire, gun smoke, and even burning flesh. Harper House, which stands on the battlefield, is also rumored to be haunted. The house served as a hospital for both the Union and Confederate armies. The structure is now a museum. Staff, civil war re-enactors, and visitors describe seeing ghosts in the home’s windows and walking the surrounding grounds. Soldiers from both sides and John Harper, the owner of the house, are among the haunts reported. 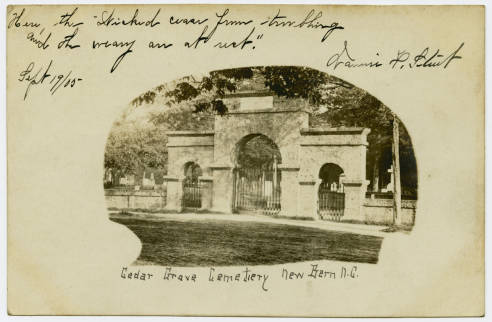 Message on front of card: “Here, the wicked cease from troubling and the weary are at rest.”

Cedar Grove Cemetery was established in 1800 to serve as the resting place for victims of yellow fever in New Bern, NC. In 1854, workers built a wall, including an elaborate entryway known as the Weeping Arch, around the graveyard. The arch is said to have a chilling ability to predict the future. According to legend, the arch weeps for all the dead who pass underneath. Occasionally it sheds a tear for the living, too. And, if it does, that person will soon die. What’s more, the arch’s tears are not ordinary ones. Instead, they’re tears of blood.