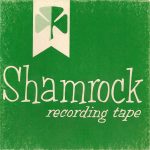 From 1970 to 1974 Kevin Delaney, a Duke University graduate with a keen interest in folk music, traveled across Ireland and the United States recording scores of local fiddlers and old-time musicians, including many whose music may have otherwise gone undocumented.
These field tapes, now preserved in the SFC’s Kevin Delaney Collection, contain hundreds of tunes performed by traditional Irish musicians, primarily fiddlers from the counties of Clare, Donegal, Dublin, Galway, Kerry, Meath, Sligo, and Tipperary, as well as Irish fiddlers working in the US. The collection is an invaluable resource for students of Irish and American fiddling traditions.
Listen below to clips of Irish fiddler John Kelly, of Dublin, performing a tune recorded by Delaney as “The Humours of Castlefinn” on July 31, 1972:
Humours of Castlefinn
and Paddy Glacken, also of Dublin, performing “The Apples in Winter” a few days later:
Apples in Winter
Both clips from field tape FT-272 in the Kevin Delaney Collection.