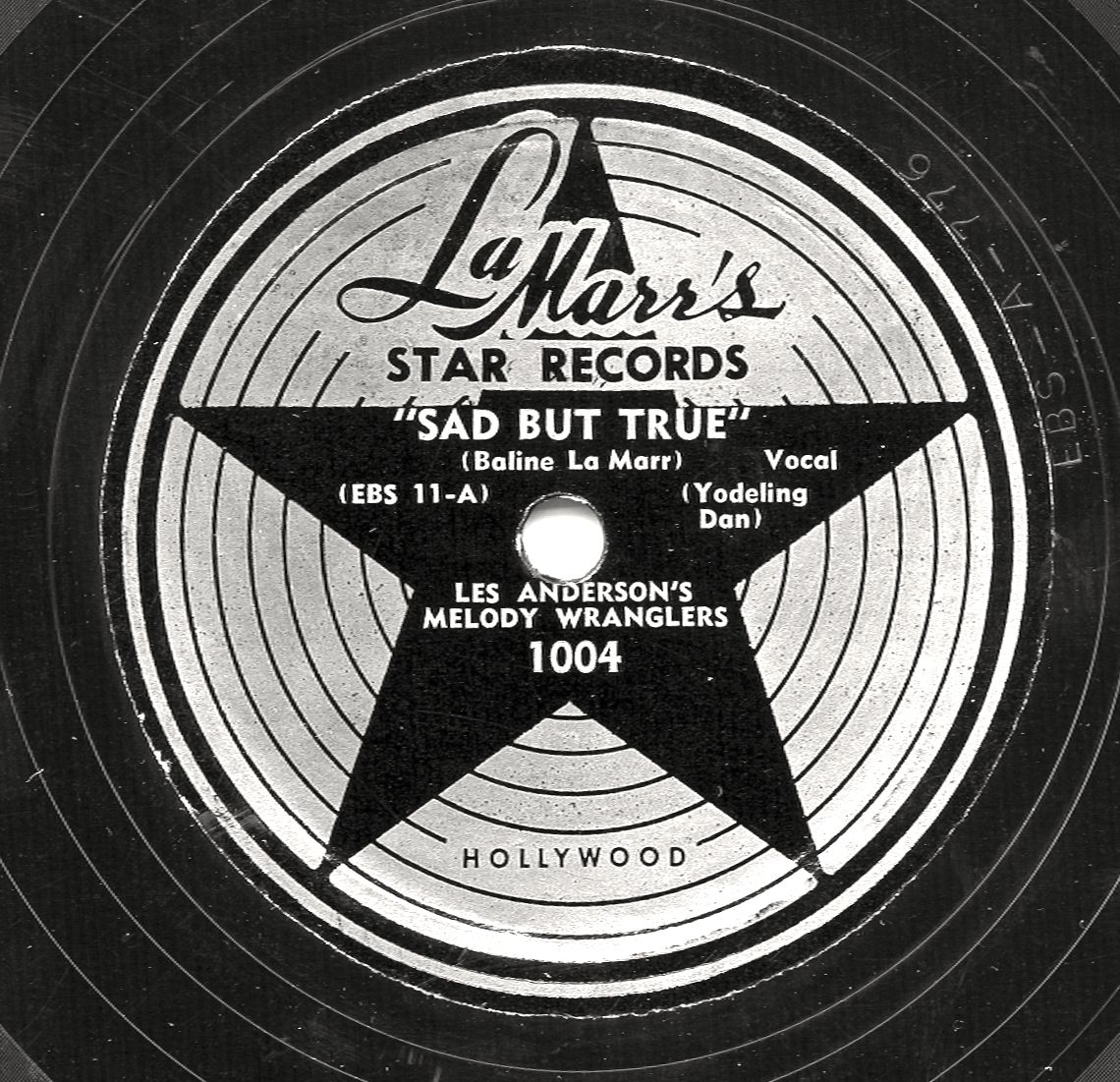 A Friday afternoon treat for you from one of two discs at the Southern Folklife Collection released on La Marr’s Star Records, a Hollywood based regional record label owned and operated by the remarkable Baline La Marr (more on Ms. La Marr in the next post). For now, enjoy Les Anderson’s Melody Wranglers version of “Sad But True” from 78 rpm disc call number 78-9188. Anderson, also known as “Carrot Top,” saw his career take off in 1942 with Bob Wills and his Texas Playboys as the replacement of legendary steel guitarist Leon McAullife who was drafted into the Navy. Anderson travelled to California with the Playboys, and in1946 formed his own Melody Wranglers. He became a regular guest on the western swing radio show “Spade Cooley Time,” before eventually ending up on the classic country television broadcast, “Town Hall Party.”  Come back next week for more of Baline La Marr’s Star records.78_9188_1