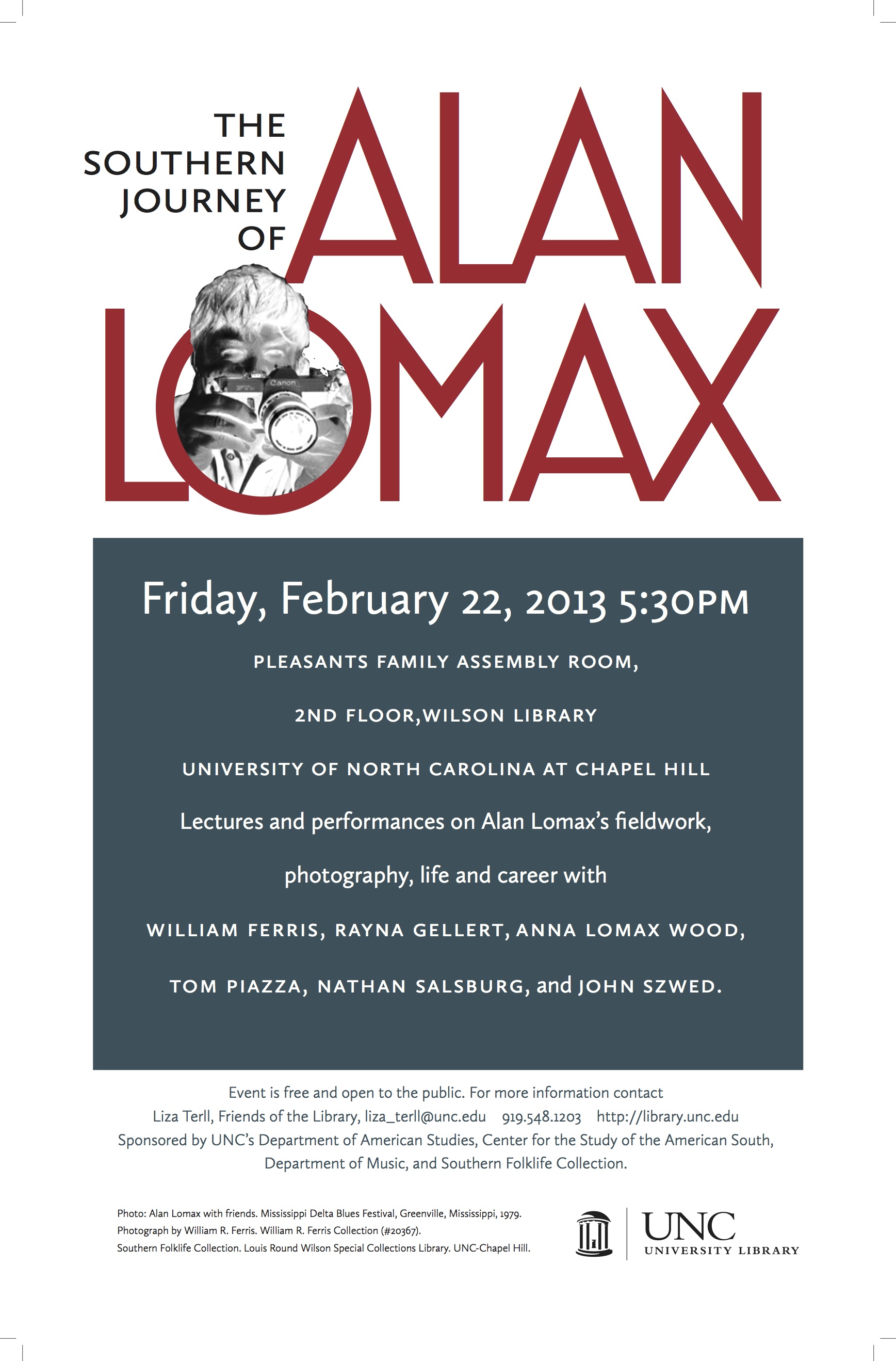 Folklorist Alan Lomax, who recorded music of the American South in the 1930s and 1940s, will be the subject of an evening of lectures and performances Friday, Feb. 22, at the Wilson Special Collections Library.
Lomax’s daughter, Anna Lomax Wood, and Grammy Award-winning music writer Tom Piazza will discuss The Southern Journey of Alan Lomax (W.W. Norton, 2012). The book features largely unpublished images of Southern blues and folk musicians, church worshippers, and workers from Lomax’s tour through backcountry Virginia, Georgia, Alabama, Mississippi, Kentucky, and Tennessee taken between Aug. 1959 and May 1960. The book also includes an essay by Piazza.
UNC professor Bill Ferris, who wrote an introduction to the book, will introduce Lomax Wood and Piazza, along with the evening’s other speakers and performers: Columbia University Professor John Szwed, author of Alan Lomax: the Man who Recorded the World (Viking Penguin, 2010); archivist,  musician, and curator of the Alan Lomax ArchiveNathan Salsburg; and musician Rayna Gellert.
Piazza is the author of ten books, including Devil Sent the Rain (HarperPerennial, 2011) and Why New Orleans Matters (HarperPerennial, 2008). He is currently a writer for the HBO television show Treme.
Lomax Wood is director of the Association for Cultural Equity (ACE), a center established to explore and preserve the world’s expressive traditions.
The lecture is co-sponsored by the Friends of the Library, the UNC Department of American Studies, the Center for the Study of the American South, the Southern Folklife Collection, and the UNC Department of Music.