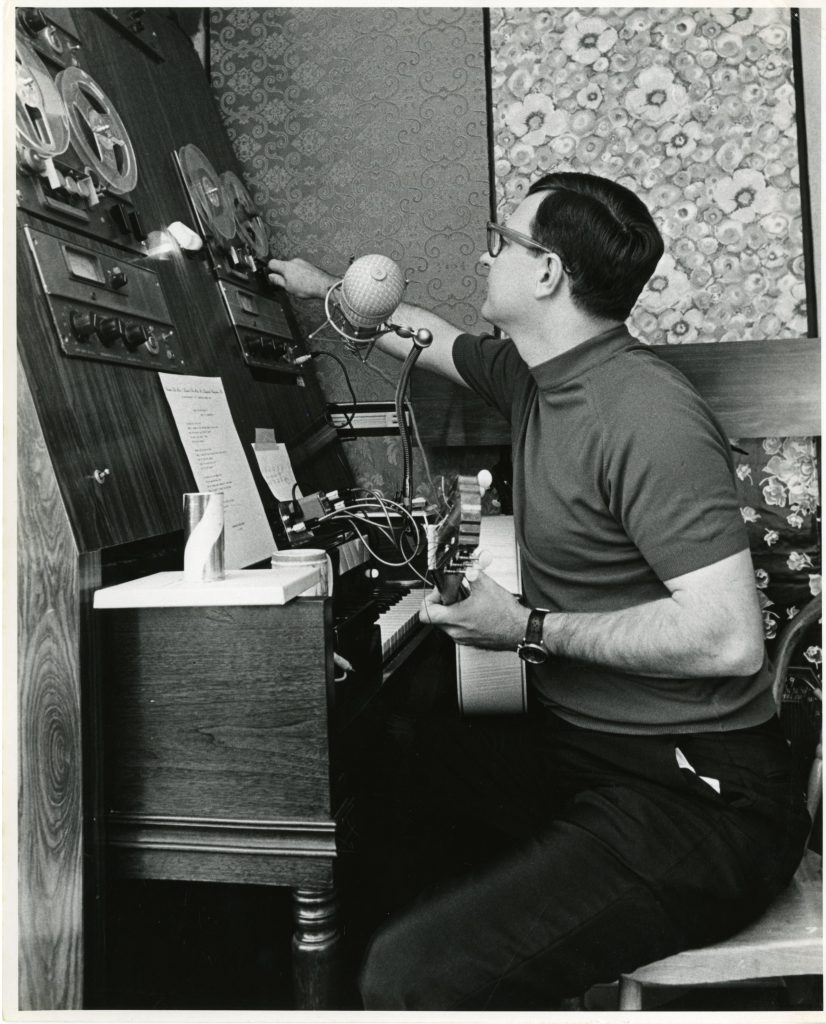 John D. Loudermilk, Jr. composing, recording, and working in his project studio is how we like to remember the North Carolina born singer, songwriter, performer, and producer. We scanned the image above from the John D. Loudermilk Collection (20418)  after spending some time looking through the photographs documenting Loudermilk’s remarkable career in country and pop music. Loudermilk died on September 21 at his home in Tennessee at the age of 82. 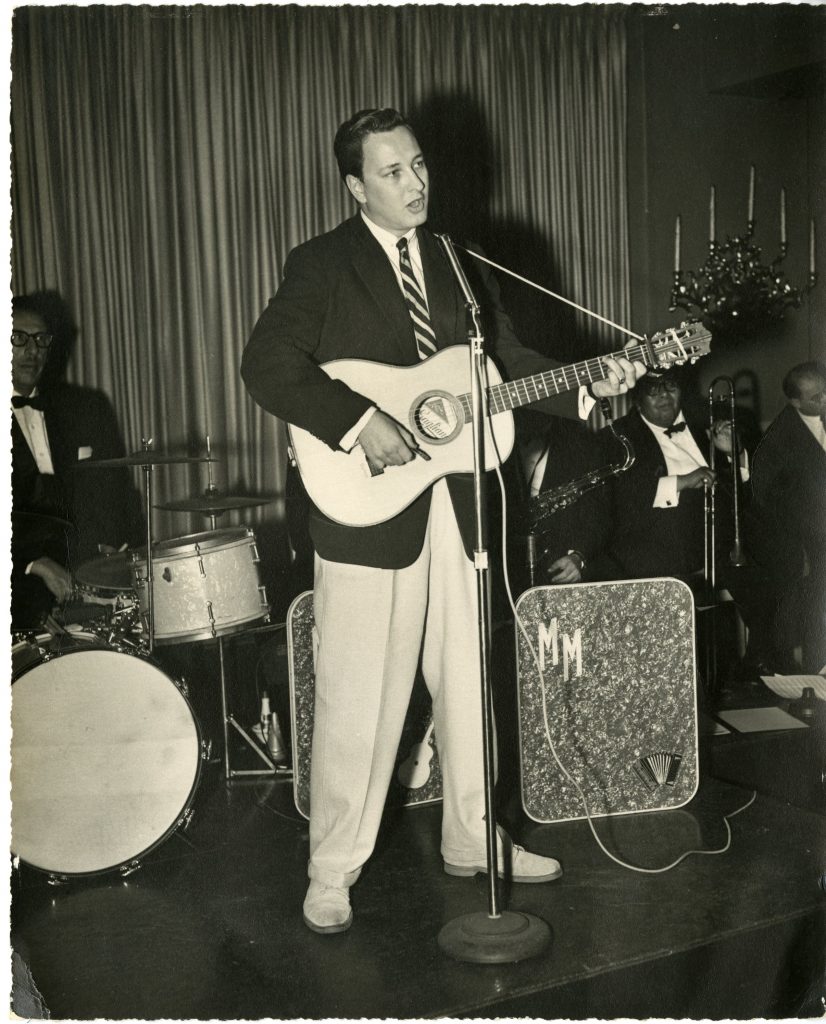 Born and raised in Durham, and a cousin of Ira and Charlie Loudermilk (better known as the Louvin Brothers), John D. Loudermilk started his music career under the pseudonym Johnny Dee (the “D” in his name does not stand for anything). Loudermilk’s mother learned to play the guitar while serving as a missionary in Cherokee and taught her young son how to play so that he could join her with the Salvation Army band gatherings at Durham’s Five Points. By age 13, Loudermilk appeared weekly on the “Little Johnny Dee” radio show on WTIK singing country hits. After graduating from Durham High School in 1954, Loudermilk attended Campbell University and was known as an adept local musician performing with with a variety of different groups playing across popular music styles. He recorded novelty songs under the name of “Ebe Sneezer” with “The Epidemics,” 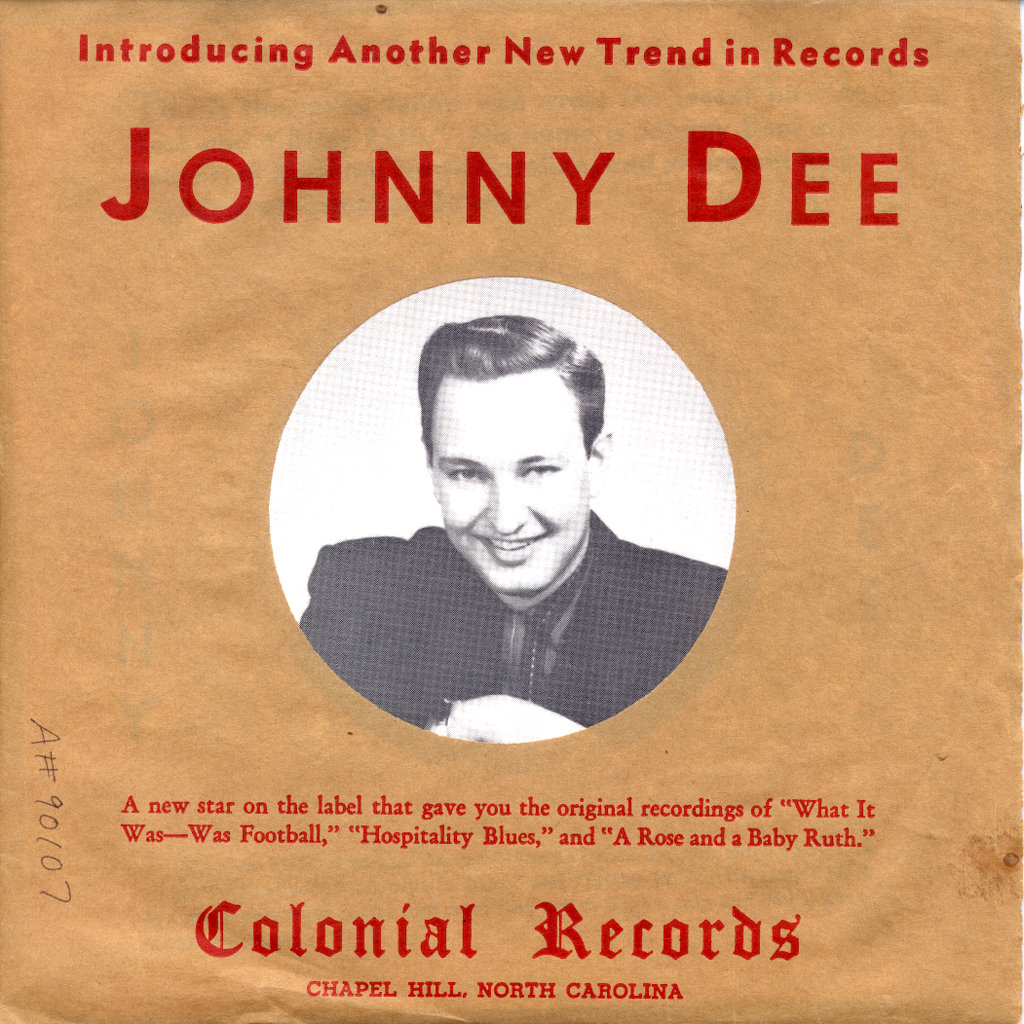 sharpening his songwriting skills while finding a niche with sugary teen pop like  “A-plus in Love,” released on Colonial Records, a Chapel Hill label owned and operated by Orville B. Campbell. Loudermilk is backed by some of Colonial’s best session musicians, Asheboro’s Bluenotes with Joe Tanner on the Guitar,  A-Plus In Love_Johnny Dee 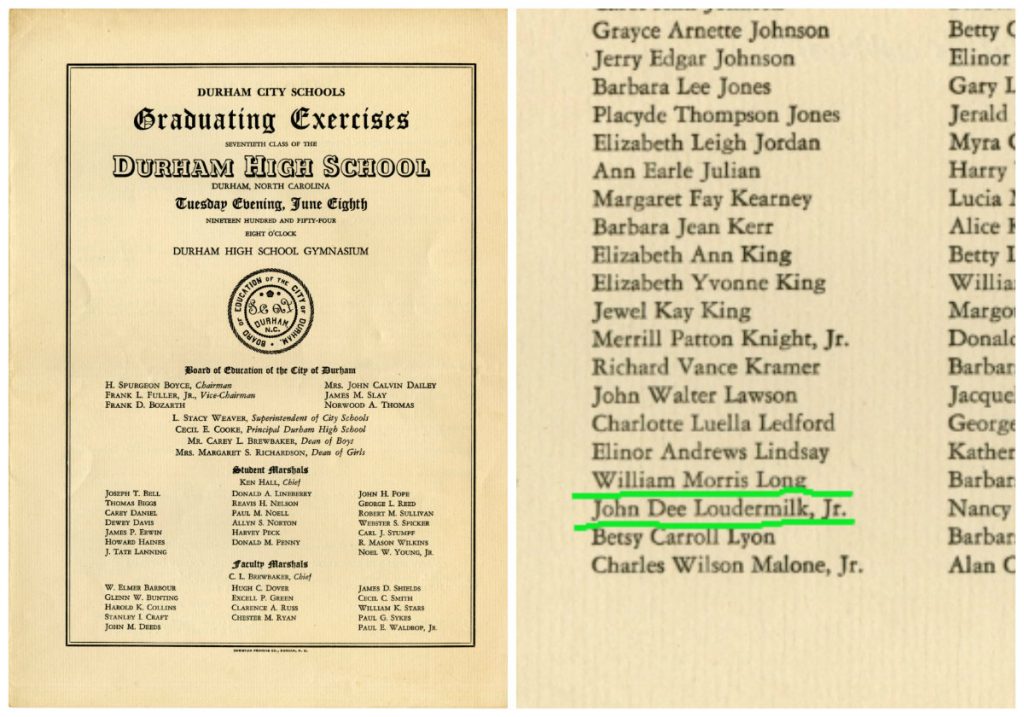 While working as a set painter at Durham television station WTVD, another rising country music star, George Hamilton IV, heard a sacharrine sweet pop number penned by Loudermilk, “A Rose and a Baby Ruth,” and recorded it for Colonial Records in 1956. The song was a hit for Hamilton and for Loudermilk, launching both of their careers.
Loudermilk continued to sing and record his own songs throughout his career; however, he is primarily known for his work as a songwriter. After scoring another hit in 1956 when Eddie Cochran sang Loudermilk’s tune “Sitting on the Balcony,” his musical path was set. In 1958, Loudermilk moved to Nashville, where he was hired as Chet Atkins’s assistant. After a brief period with Cedarwood Publishing, Loudermilk spent the 1960s writing for the publishing behemoth Acuff-Rose, founded by country star Roy Acuff and songwriter Fred Rose in 1942.
One of his most popular songs and a 1964 hit for British band the Nashville Teens, is the semi-autobiographical “Tobacco Road.” It has been recorded by a huge range of artist including Lou Rawls, Hank Williams Jr, David Lee Roth, Shawn Colvin, and many more. We particularly love thisunexpectedly funky 1978 version by Richie Lecea (SFC 45-5754)richie_lecea_tobacco_road  Over 300 Loudermilk songs have been recorded by over 1,000 artists in the last 60 years. His song “Abilene” was another hit for George Hamilton IV in 1963 and became a country music staple. Listen to the recording by Sonny James with his Tennessee State Prison Band from a 1977 Columbia 45 rpm disc, call number 45-5543 in the Southern Folklife Collection:45_5543_Abilene_Sonny James_Southern Folklife Collection
Another hit, “Indian Reservation,” originally recorded by Marvin Rainwater in 1959, the went to the top of the charts when released by Paul Revere and the Raiders in 1971. The song laments the forced removal of Native Americans from tribal lands to reservations and Loudermilk was honored with the first Cherokee Medal of Honor in 1999.45_5644_indian_reservation_Paul Revere and the Raiders_Southern Folklife Collection 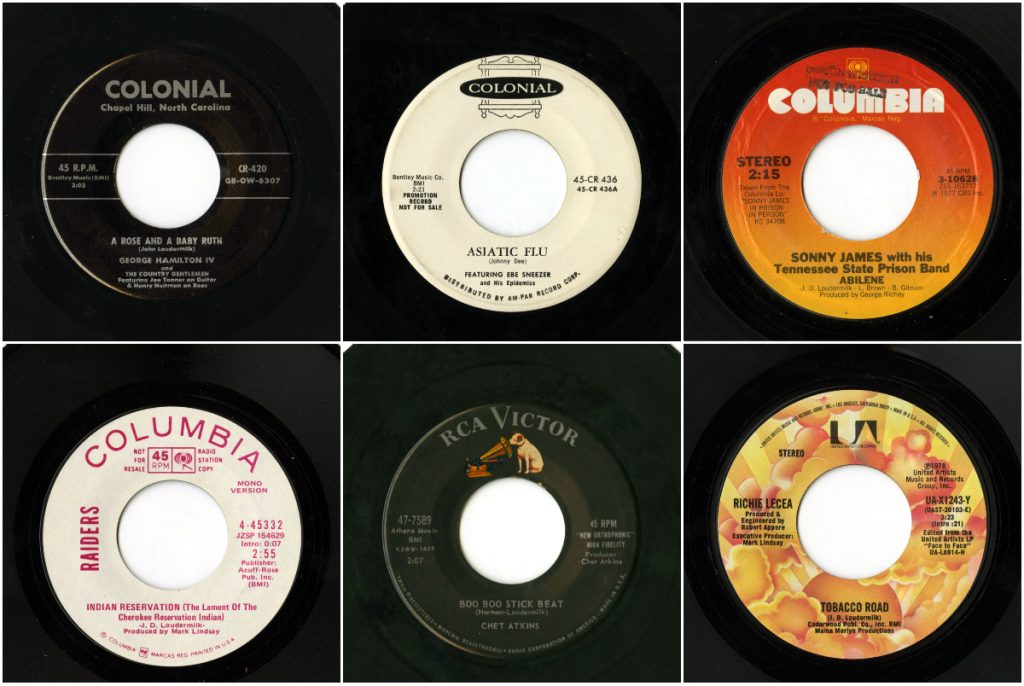 During the 1960s and 1970s, Loudermilk became one of the most prolific of the Nashville songwriters; his songs were recorded by Roy Acuff Jr., Ernie Ashworth, Chet Atkins, Glen Campbell, Johnny Cash, the Everly Brothers, Marianne Faithfull, George Hamilton IV, Stonewall Jackson, Robert Mitchum, the Nashville Teens, Paul Revere & the Raiders, Sue Thompson, Johnny Tillotson, Tracey Ullman, Bobby Vee, Porter Wagoner, and others.Here’s a favorite Chet Atkins tune, written by Loudermilk, from SFC 45-5570. 45_5570_boo_boo_stick_beat   Loudermilk was inducted into the Nashville Songwriters Association International’s Hall of Fame in 1976. As a sign he had truly made it in country music, Loudermilk appeared on Hee Haw in 1981. 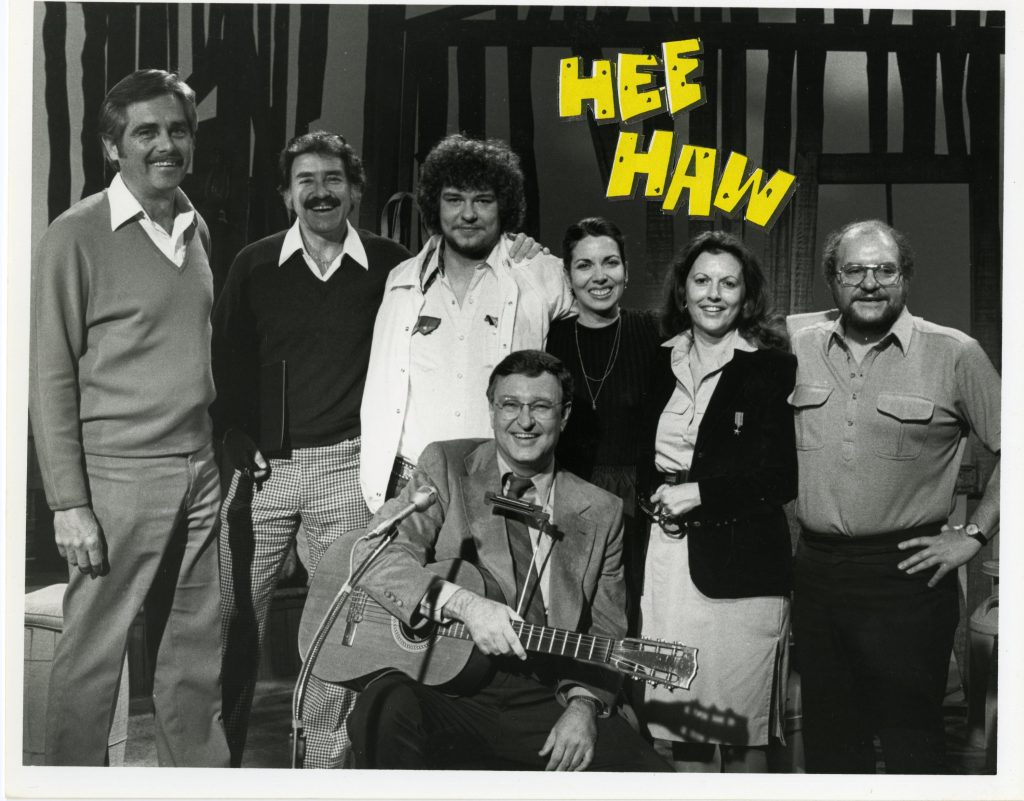 In addition to maintaining his songwriting career, Loudermilk also actively supported folk and country music through his participation in folk festivals. He participated in a number of tours as part of Southern Folk Cultural Revival Project, an organization created by Anne Romaine and Bernice Johnson Reagon dedicated to presenting black and white traditional musicians together on stage. He produced albums by a number of artists recording traditional music, including a 1980 album by Chet Atkins and Doc Watson.
Throughout his career, Loudermilk also worked with young artists, providing opportunities to record as well as support of musicians he saw as unique. In 1966, he saw a young group called the Allman Joys, led by brothers Duane and Greg, perform at a small Nashville club called the Briar Patch. He invited the group to the studio to cut some sides, one of which “Spoonful” became a regional hit. 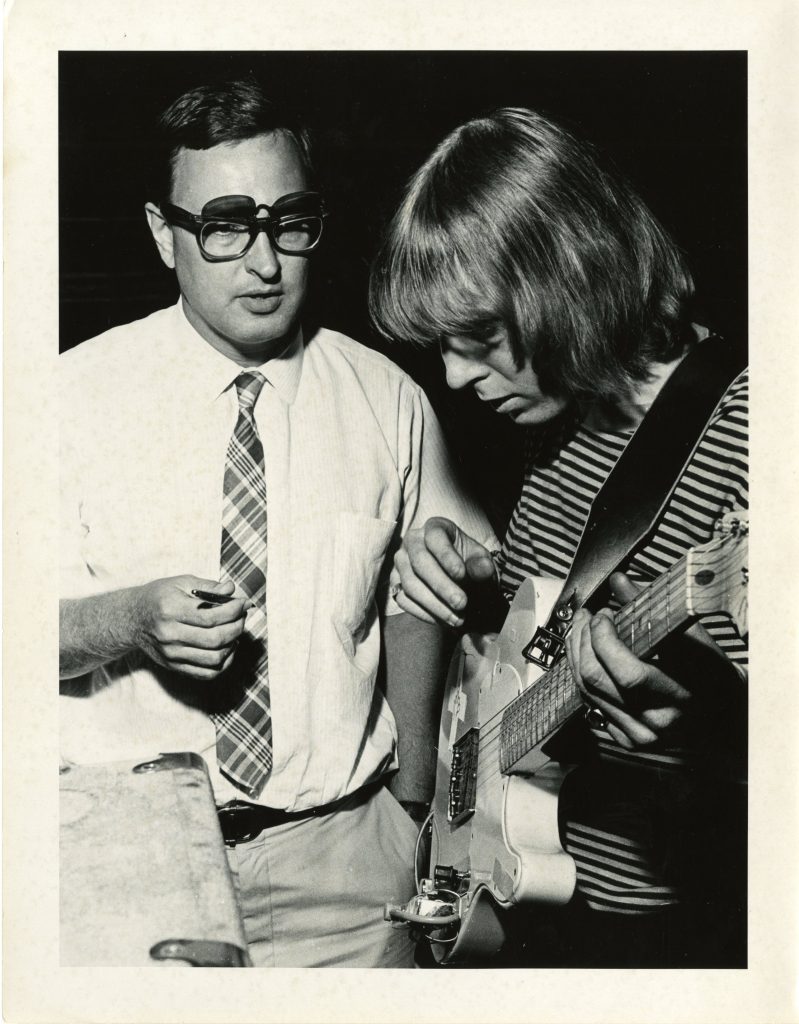 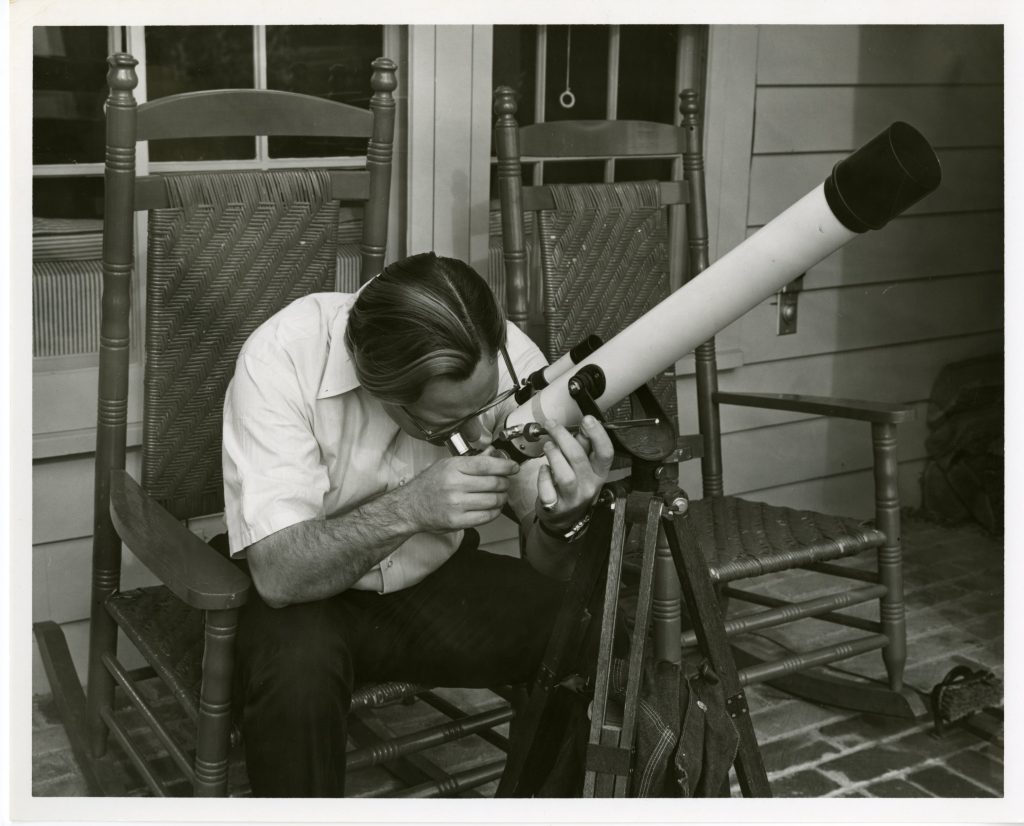 As the 1980s wore on, Loudermilk turned his attention to other interests including ethnomusicology and meteorology. The John D. Loudermilk collection (20418) includes papers, photographs, audio recordings, posters, and artifacts, including a paper dress with from 1957 with the Baby Ruth printed on the side. Papers consist of sheet music, newspaper clippings and other memorabilia, correspondence, and other printed materials. Besides those included in this post, photographs include images of John D. Loudermilk alone or with others, as well as a few images related to album covers. or venues at which Loudermilk made appearances. Audio recordings in the collection include 45s, 78s, LPs, acetate discs, 8-track tapes, cassette tapes, CDs, and a reel-to-reel tape.
While he moved to Nashville early in his career, Loudermilk always kept North Carolina close to his heart. We leave you with his celebration the trials and tribulations of life on I-40 from his 1965 album, John D. Loudermilk Sings a Collection of the Most Unusual Songs. Remember be careful out there out on Interstate 40, we’ll see you on the road. fc16654_interstate40 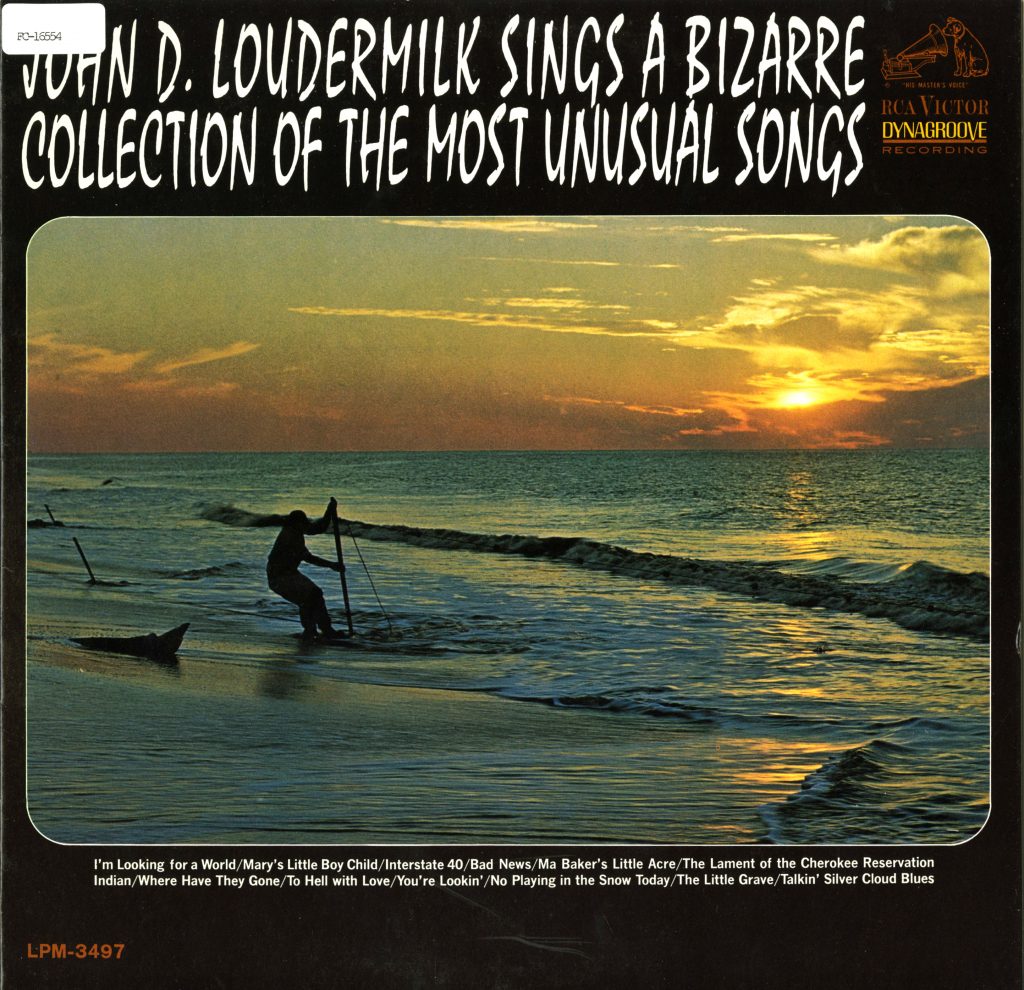 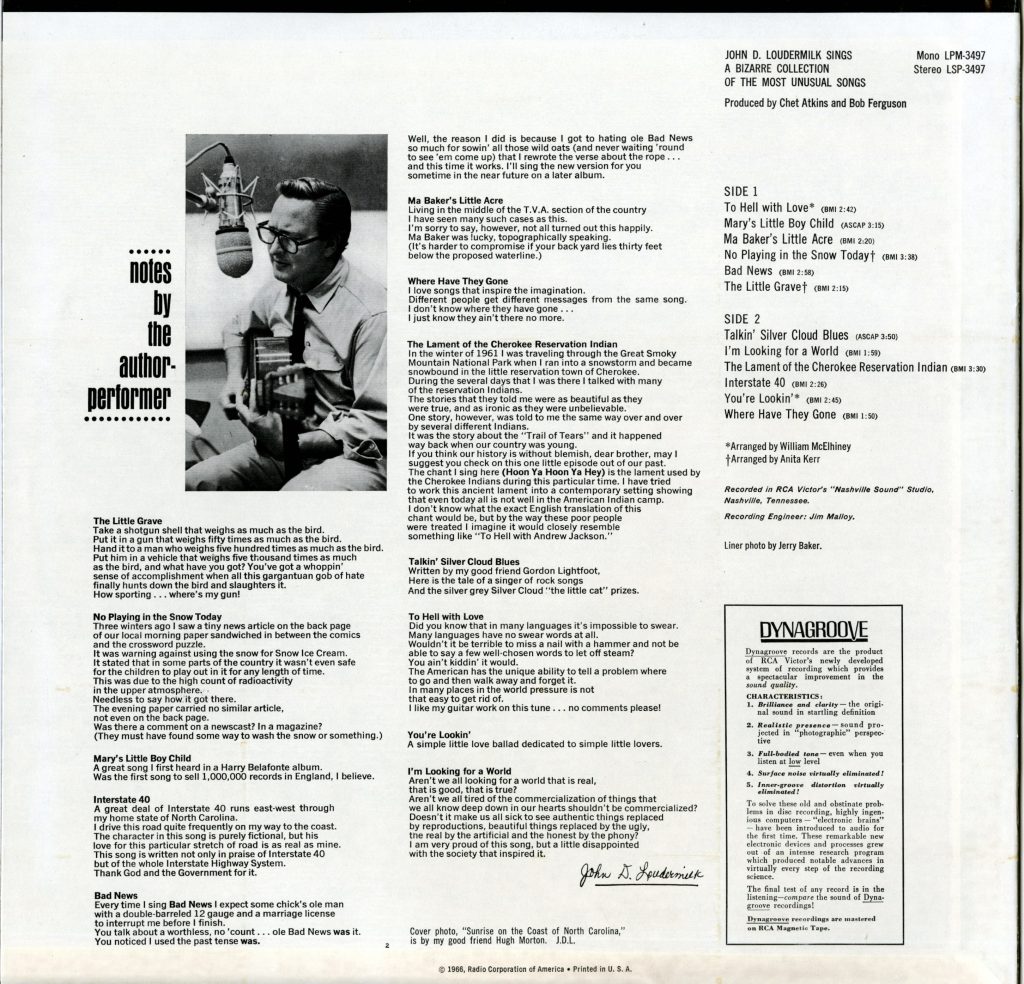