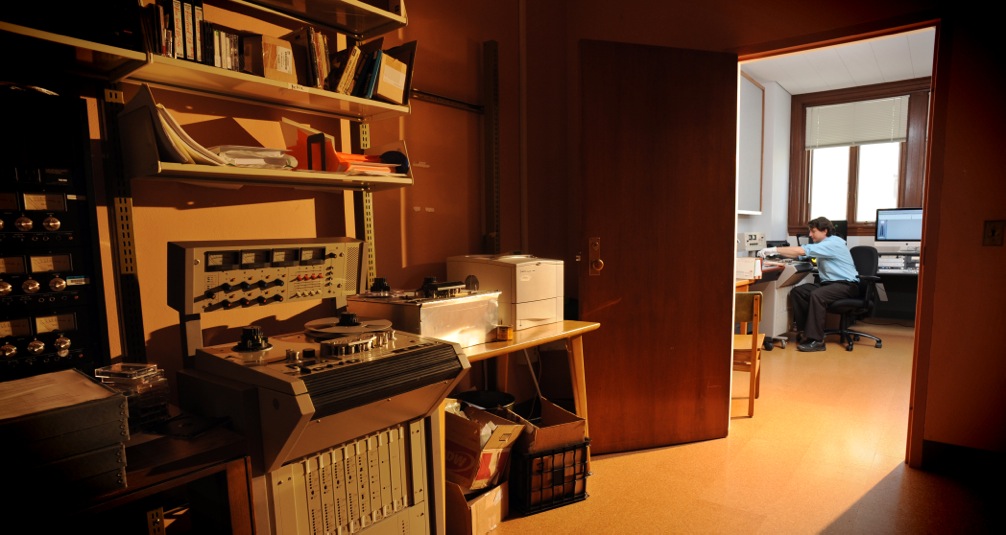 Walking past the John M. Rivers Audio Studio this morning, I was surprised to hear a pig being fed coming from behind the door. I was not surprised when I learned that SFC Audio Engineer, John Loy, was preserving an open reel tape of wild sound from Tom Davenport’s documentary with Peg Leg Sam, Born For Hard Luck. We love hearing raw, wild sound, at the Southern Folklife Collection and this clip of Sam feeding his pigs is just that. “Get it you lousy bums,” he growls. From FT-324 in the Tom Davenport Papers (20025). Below you can see an image from the making of the film, including the boom operator, Kip Lornell, who may have made the recording here. I’m ready for lunch:
Pig clip from Peg Leg Sam; Davenport collection_0001
Directed by Tom Davenport and produced by Davenport Films and the Curriculum in Folklore at UNC with Daniel Patterson and Allen Tullos, Born For Hard Luck is a portrait of the last Black medicine-show performer, Arthur “Peg Leg Sam” Jackson, with brilliant harmonica songs, tales of hoboing, buck dances, and an authentic live medicine-show performance filmed at a North Carolina county fair in 1972.
In 2000, Davenport went on to create folkstreams.net, a free website that allows users to stream a massive array of documentary and ethnographic films about American folk culture, ranging in subjects from aging and agriculture to immigrant culture and music and covering all regions of the United States. 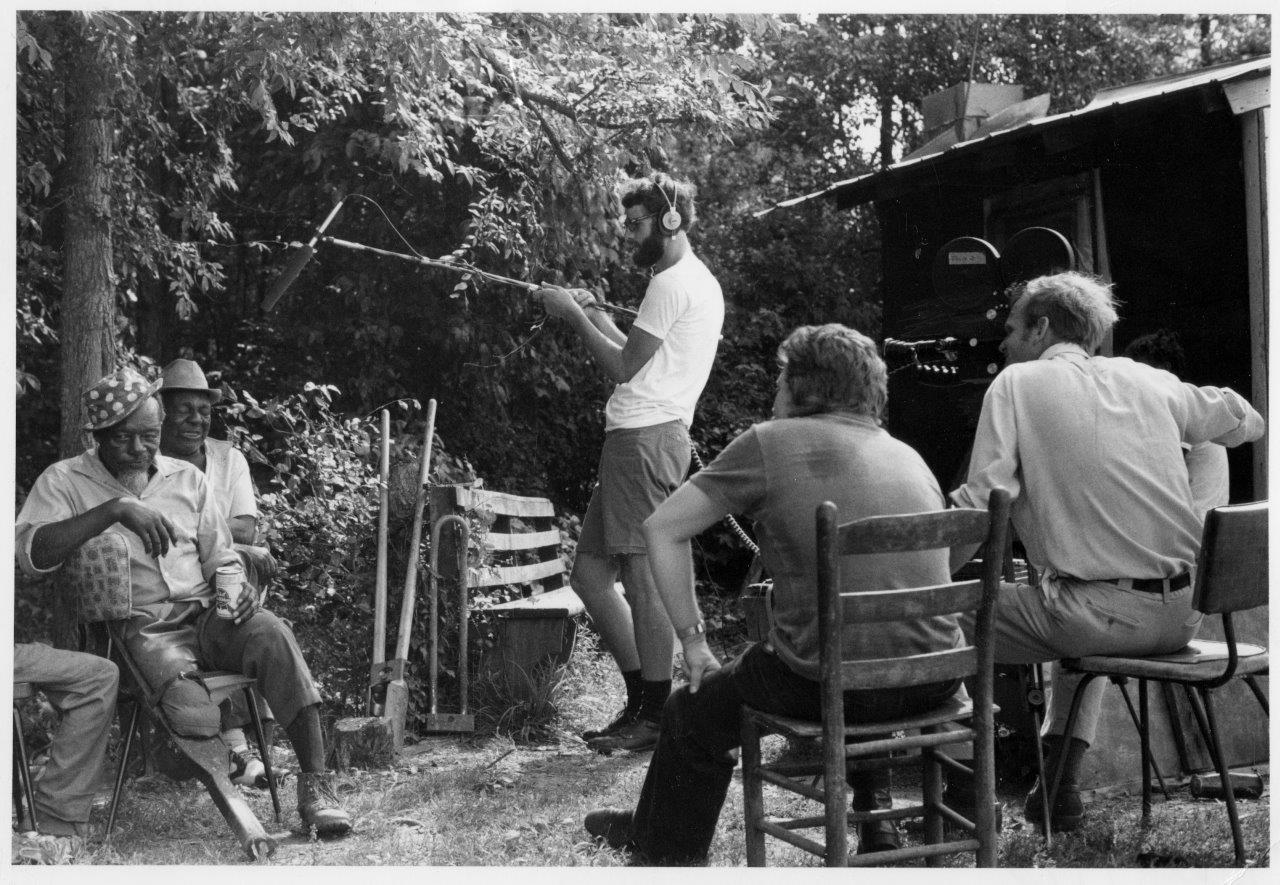