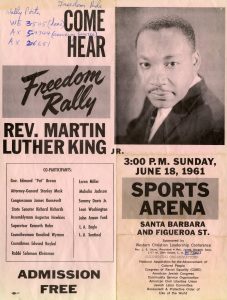 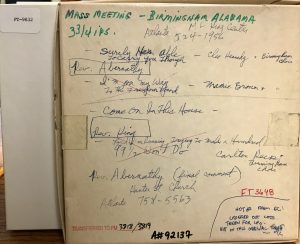 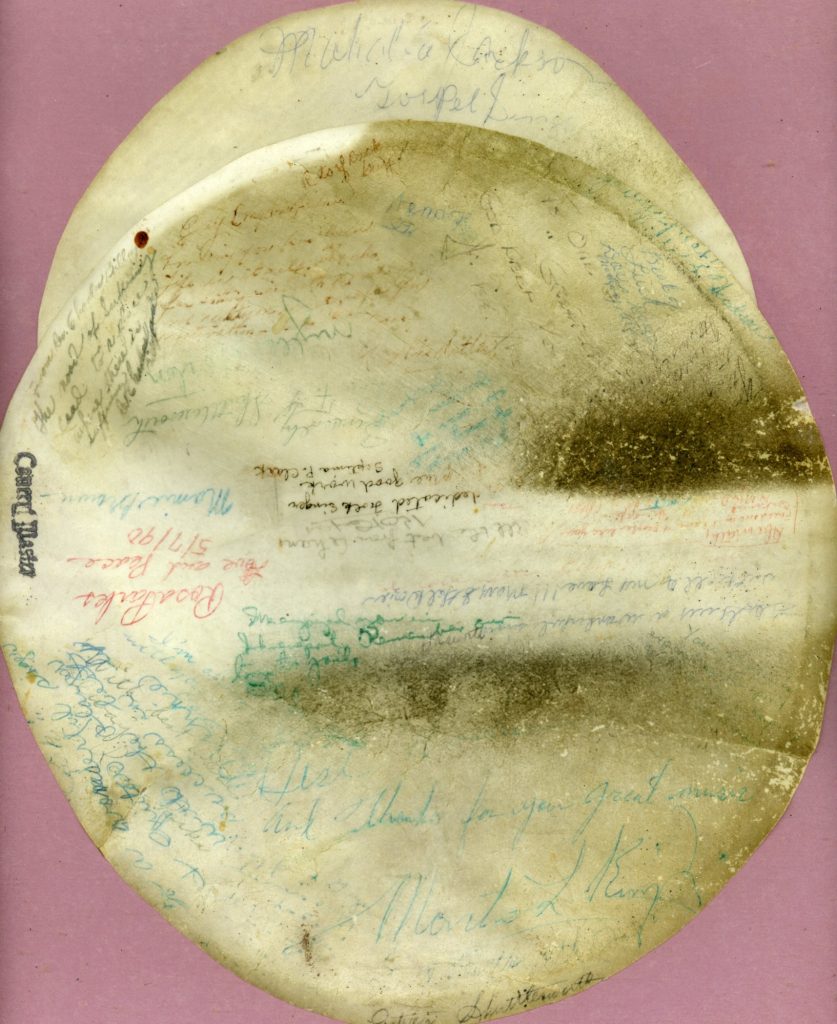 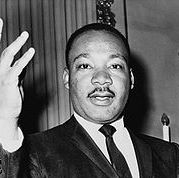 In the spring of 1963 Guy and Candie Carawan traveled to Birmingham, Alabama to participate in the Southern Christian Leadership Conference’s Birmingham campaign to desegregate businesses and public facilities in that city.  Fortunately they were able to record several mass meetings attended there, including speeches by the Rev. Ralph Abernathy and the Rev. Martin Luther King, Jr.
In the clip below, from tape FT-3648 in the Guy and Candie Carawan Collection, Dr. King addresses the gathered crowd on “the power of unarmed truth”:
King