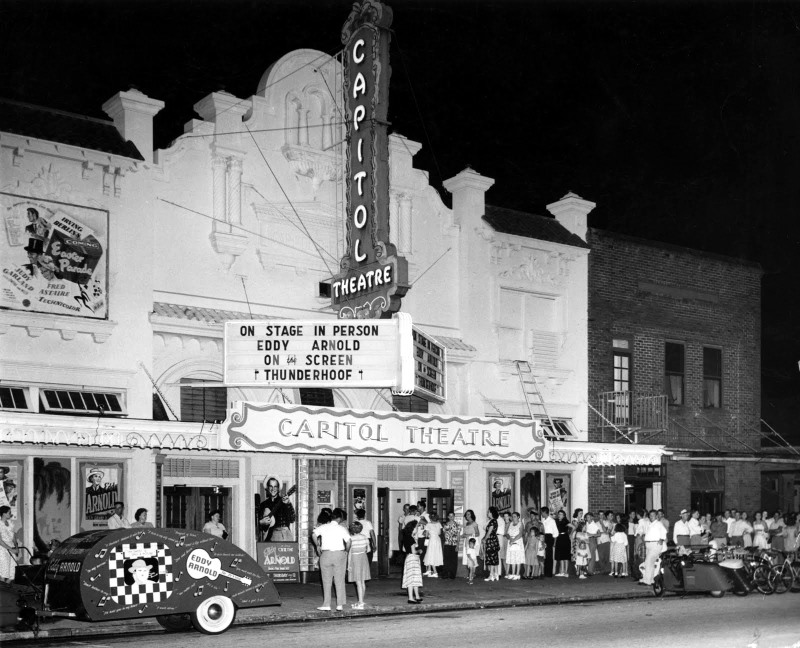 This photograph is fascinating as a document of concert goers in the late 1940s, however the band trailer for Eddy Arnold parked out front is what constantly piques my imagination. With the white wall tires and custom paint job, featuring a portrait of Arnold himself as well as the titles of his countless hit songs, I know I’d bee excited to see this barreling down the freeway with Arnold behind the wheel.
We are not sure in which city this photo was taken as there were countless Capitol Theatre’s across the United States, however, we do know Thunderhoof–starring Mary Stuart, Preston Williams, William Bishop, and of course, Thunderhoof as himself–appeared in theaters in 1948 when Eddy Arnold was at the peak of his 1st stage of Country music stardom.
Arnold recorded over 60 top ten hits for RCA throughout the 1940s, under a contract managed by the infamous Colonel Tom Parker.  In 1948 he had five songs in the top 10 simultaneously and Arnold held the number 1 spot for 40 weeks of that year.  Not sure how much merchandise artists sold on tour back then, but maybe had a few of these song folios, call no. FL-199 from the ever popular Southern Folklife Collection Song Folios, circa 1882-1983 (#30006) , on hand for fans. 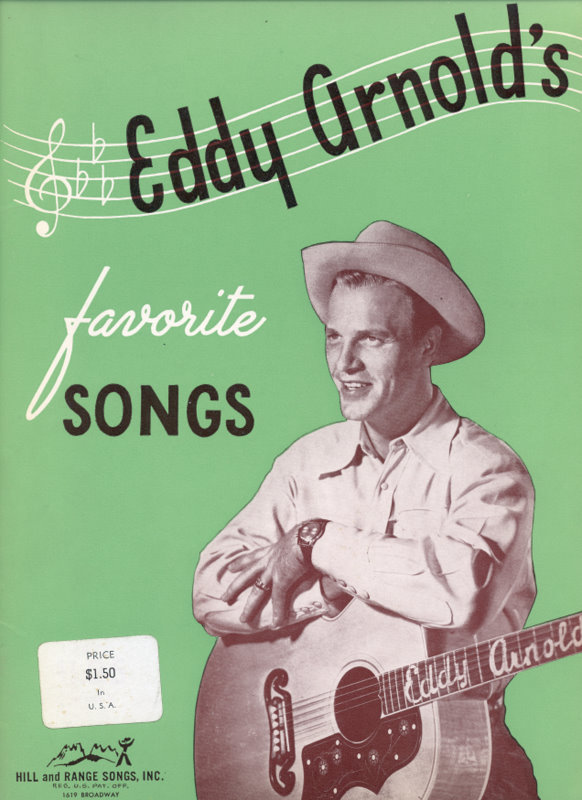 “Chained to a Memory”

“Drivin’ Nails in My Coffin”

“Rose of the Alamo”

“At Least a Million Tears”

“Who at My Door Is Standing?”