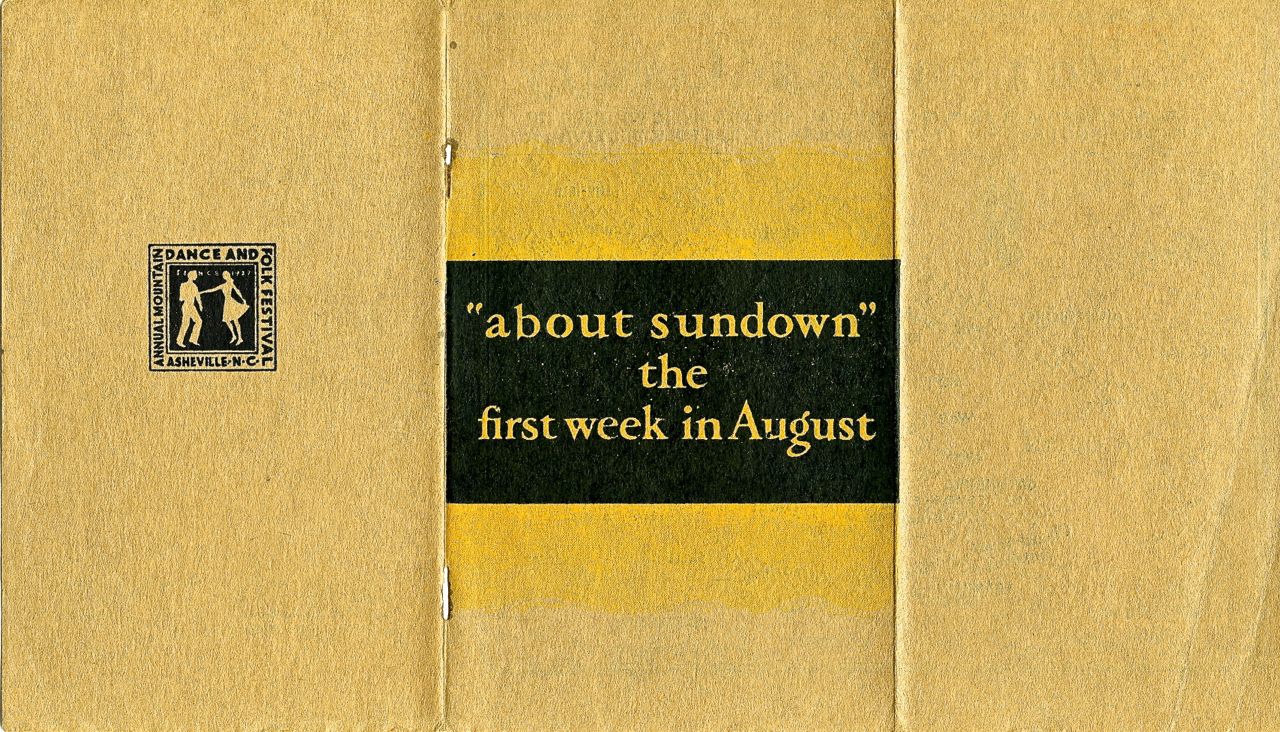 As the days continue to get shorter and we rarely emerge from the Southern Folklife Collection in time to catch the last light of the day, we welcome a ray of sunshine like this 1955 Asheville Chamber of Commerce informational pamphlet about Bascom Lamar Lunsford and the Mountain Dance and Folk Festival from Folder 368 in the Artus Moser Papers (collection #20005). The map on the inside cover is fantastic (click to enlarge).

Ballad collector, educator, and historian Artus Monroe Moser was born 14 September 1894 in Hickory, N.C., to David Lafayette (Fayette) Moser and Cordelia Elizabeth King Moser. When Artus was two, the family moved to Buckeye Cove, N.C., located in Buncombe County near the Swannanoa Valley, where his mother had grown up and her family still lived. In 1904, Fayette Moser took a job as forester for the Biltmore Estate and moved the family there, where they remained until 1917 when Fayette became the North Carolina State Forest Warden on Mt. Mitchell. The family spent twelve years on Mt. Mitchell, then returned to Swannanoa after Fayette was hired as Warden for the Beacon Blanket Mill watershed.

Growing up in the mountains of Western North Carolina instilled in Artus a deep respect for the traditions of Appalachia, which continued to influence him throughout his life. University of North Carolina in Chapel Hill, where he studied under historian R. D. W. Connor and received his A.B degree in 1923. During his time in Chapel Hill, Moser began to develop his lifelong interest in North Carolina history and folklore. After serving as principal of Swannanoa High School for two years, he returned to Chapel Hill to pursue an M.A. degree, which he received in 1926. During this time, he also worked as a research assistant under Howard W. Odum in the Institute for Research in Social Science. In the years after leaving Chapel Hill, Artus pursued further graduate work at the University of Wisconsin, Madison, and studied painting at the Pennsylvania Academy of Fine Arts, the Chicago Art Institute, and the Grand Central Art School in New York City. He worked as a professor of English and speech at the University of Tennessee at Knoxville before moving back to the Swannanoa area in 1943, where Artus taught in various schools until his retirement in 1964.

Artus began to collect ballads and folktales during his years in Tennessee, where he had encouraged his students to investigate their own heritage. He also contributed ballads to the collection of University of Tennessee folklorist Edwin C. Kirkland. Back in North Carolina, Artus avidly collected ballads and folktales in and around the western part of the state, recording local singer and storyteller Maud Gentry Long and musicians Jean Ritchie, Bascom Lamar Lunsford, and Pleaz Mobley, among others.

Moser also collected biographical information about prominent Western North Carolinians, including some of the folklorists and ballad singers he recorded. The folder on Bascom Lamar Lunsford, Folder 368, contains information about him as well as about the Mountain Dance and Folk Festival he founded in 1927 in Asheville, N.C. Included it this pamphlet (click images to enlarge). We especially like the contact information for Mr. Lunsford on the final page, “Bascom Lamar Lunsford can be reached at his home, South Turkey Creek, Leicester, N. C., ten miles north of Asheville.”
See one last image below or visit us in Wilson Library and view the whole thing in our reading room. Don’t forget tickets are available for the second event in the Southern Folklife Collection Instrument Series celebrating the fiddle, Friday and Saturday, January 11-12 at UNC. The Friday concert in Memorial Hall features Nashville Bluegrass Band, Byron Berline, Matt Glaser and Bobby Taylor. The Saturday symposium in Wilson Library includes lectures and performances on American Fiddle Styles with Byron Berline, Matt Glaser Bobby Taylor, Paul F. Wells and Mark Wilson. Events are free and open to the public, but concert tickets are required for Friday night and available at Memorial Hall Box Office: 919.843.3333. 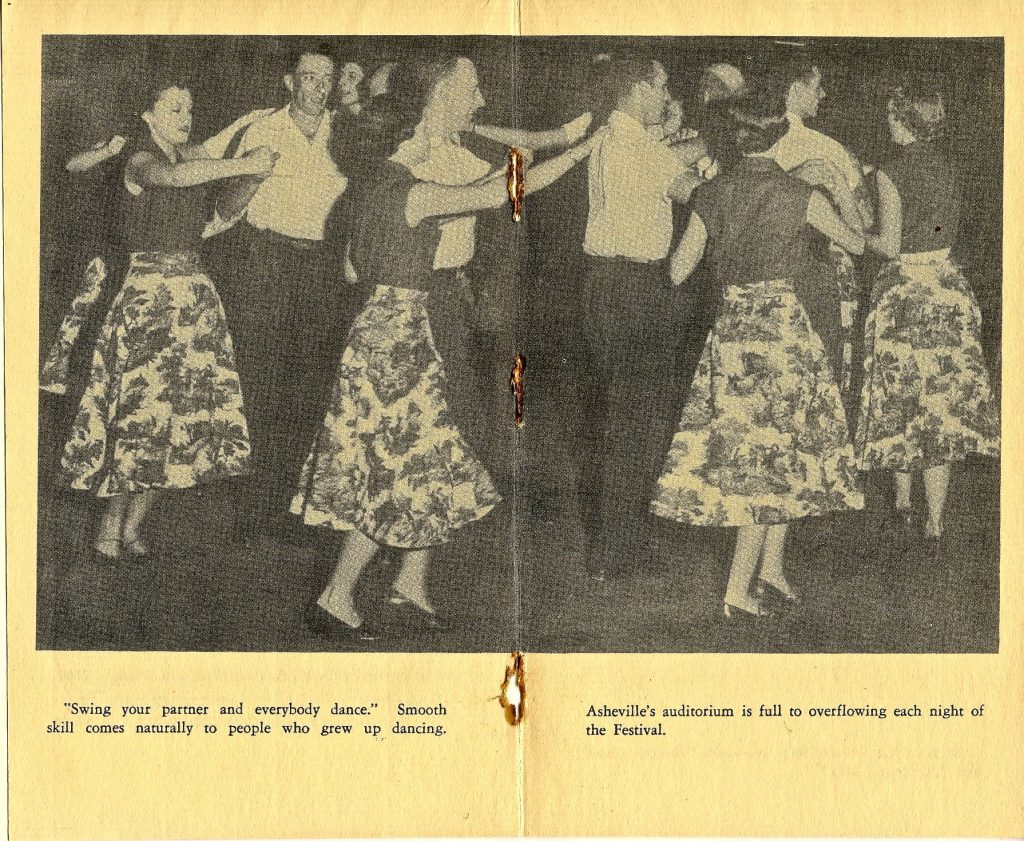