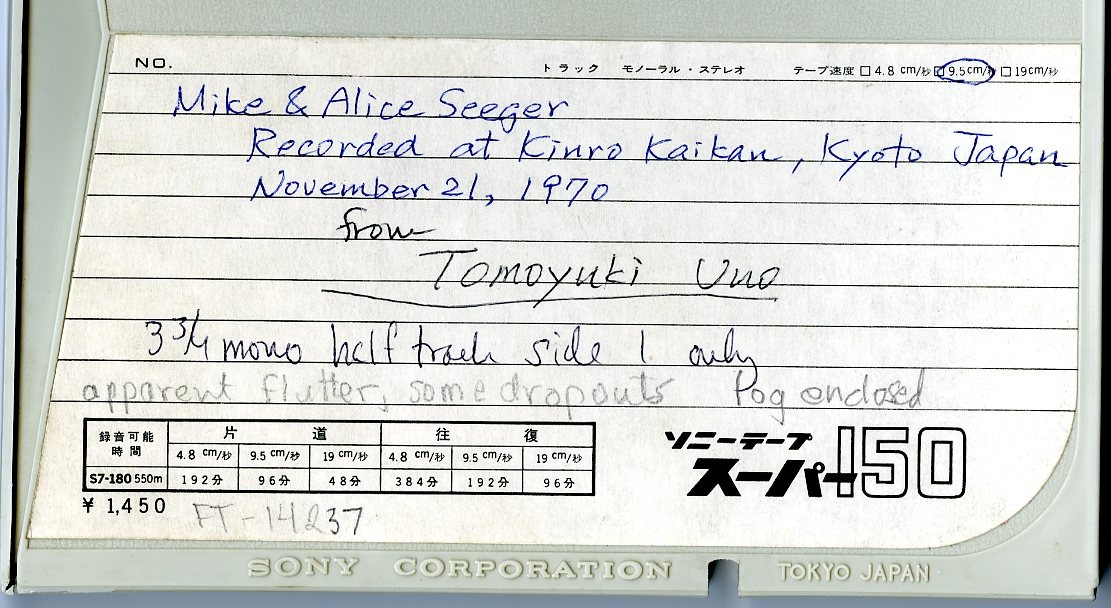 Two tapes from the Mike Seeger Collection (20009) preserved as part of the Southern Folklife Collection’s ongoing project “From Piedmont to Swamplands,” supported by the National Endowment of the Humanities, recently caught the attention of audio engineer John Loy. The first, call number FT14237, features an interview/performance by Mike Seeger and Alice Gerrard on November 21, 1970 at the Kinro Kaikan in Kyoto Japan. It contains 90 minute concert and interview with commentary in Japanese. The program intended provide Japanese listeners with an introductory survey of American old time and vernacular music styles. A wonderful document of cultural exchange.
Blog MS 1_LC
Blog MS 2_LC
Another recent find is a tape master sent to Mike in 1969 by the ‘Styx River Ferry ‘ a prominent “Hippy Country” group in the San Francisco/Berkeley area. This band features a who’s who of Bay area bluegrass fixtures rounded up by Bob and Ingrid Fowler. For this recording, call number FT14220, the group enlisted the help of legends of the day with guest performances by “Uncle Josh” Graves and “Cousin Jake” Tullock of the Foggy Mountain Boys. Of particular interest to us is the contextual information on the label, not only including song titles and band members, but also the recording studio, production personnel and a short list of bay area local venues at which the group was performing at the time. Catching Styx River Ferry at the Drinking Gourd would have been quite a time. Listen:Blog MS 3_LC
Blog MS 4_LC 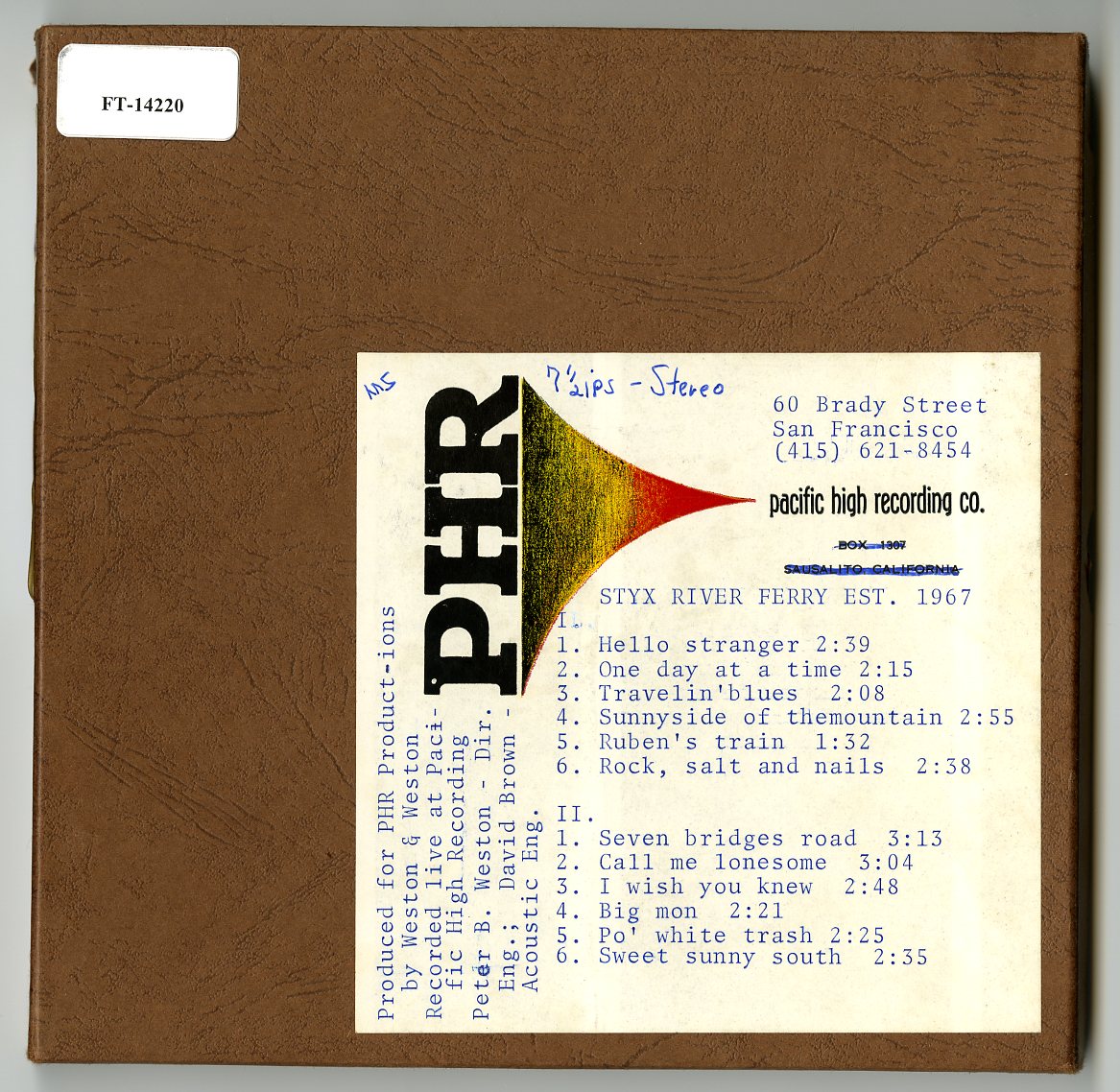 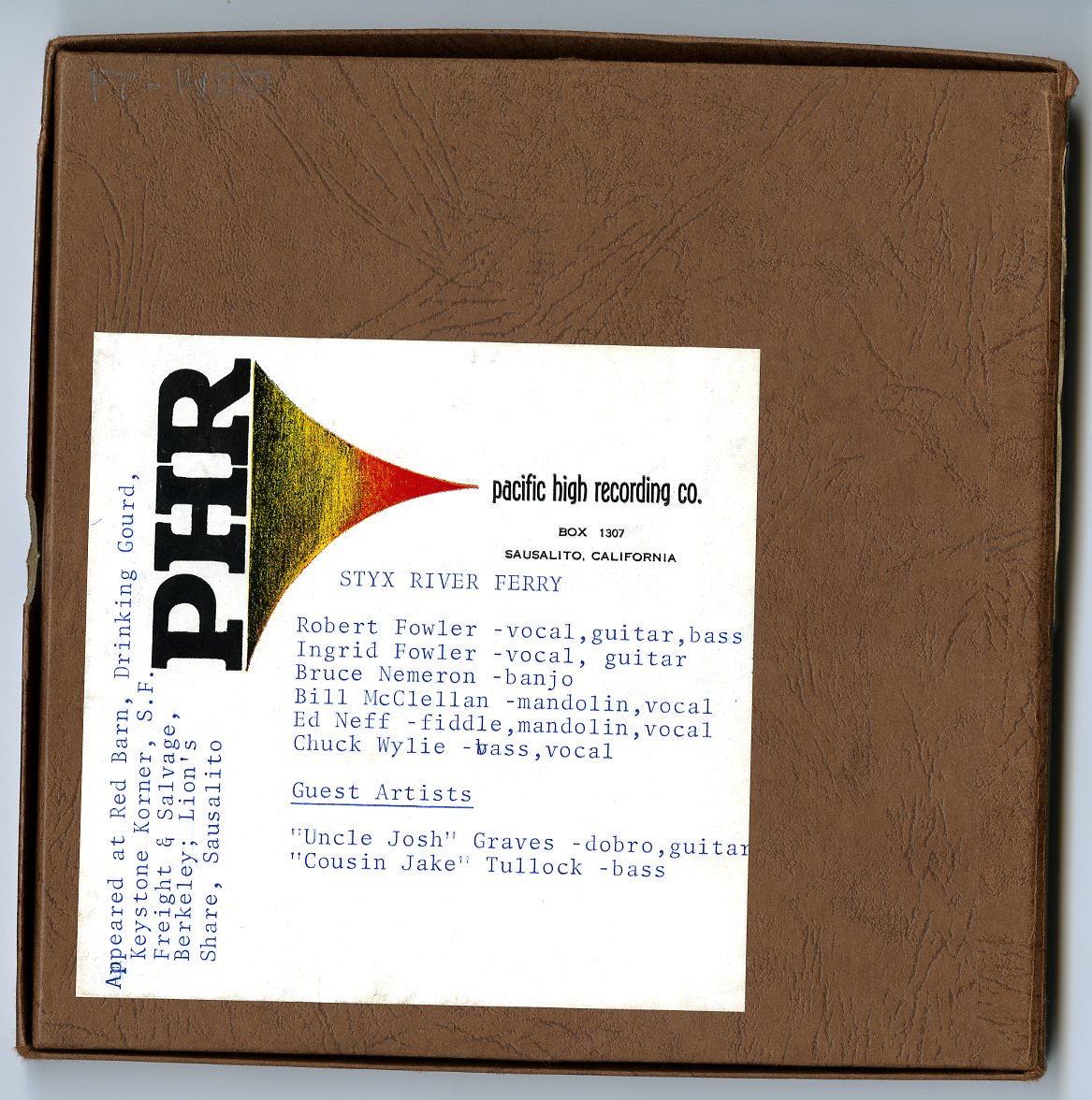