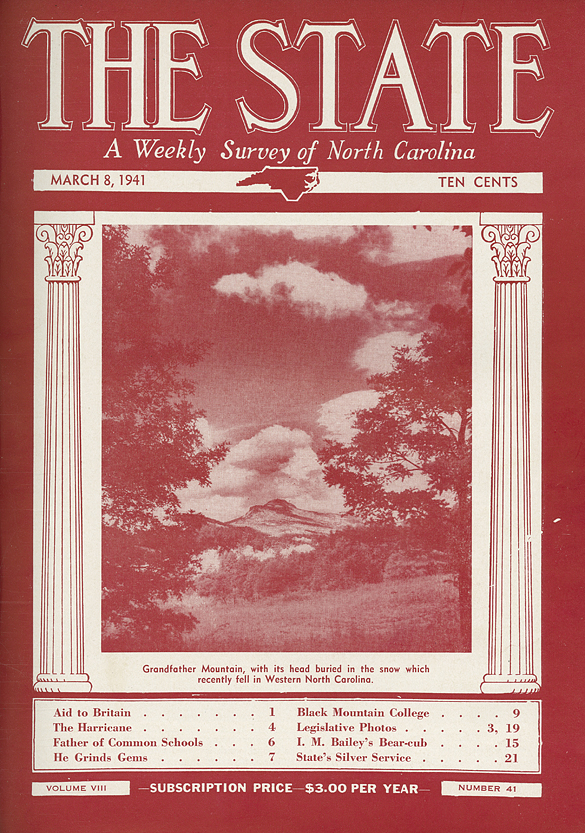 It’s been quiet at A View to Hugh of late, as research for a news photography exhibit opening October 6th has become my primary focus the past several weeks.  There will most definitely be Morton photographs in that exhibit, but I’ve been digging into the 1920s and early 1930s which mostly predates Morton.  One item of interest for the exhibit that overlaps with Hugh Morton’s career, however, is The State, a weekly magazine launched by Carl Goersch on 3 June 1933.  Jack Hilliard and I will be writing about The State next year on the magazine’s 80th anniversary, which readers today know as Our State.
As I have explored Morton’s early career, I have looked at each issue of The State—page by page—from 1945 up to early 1963 (thus far).  I chose 1945 as the starting point because it marks Morton’s return from the South Pacific during World War II.  We have referred often in past blog posts to the Morton images that appeared in The State, and I’ve updated many images in the online collection as I’ve discovered them in the magazine.
Researching for the news photography exhibit, I jumped back to volume one, issue one, again looking at every page to see what I could learn about the magazine’s role in the development of news photography in North Carolina.  When I got to the 8 March 1941 issue, I saw what felt like a familiar Morton image on the cover, shown above.  The photograph is uncredited, so I searched the online Morton collection, but did not find it.  I then dove into the negatives for Grandfather Mountain . . . Bingo! 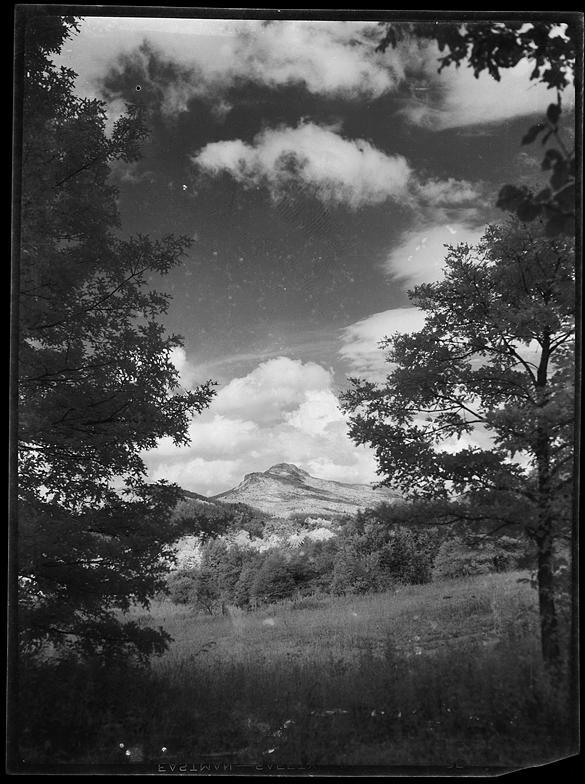 Read carefully the caption on the magazine cover.  Note again the date of the magazine, plus the leaves on the trees (and their tonalities) and the lack of snow!  All those clues suggest to me that Morton made this negative in the autumn of 1940 (or earlier) and not early March 1941.  If my deduction is correct, it’s one of Morton’s earliest published images.
This photograph also appears (again uncredited) in the 27 February 1943 issue of The State as an illustration to the article “Grandfather Mountain” written by Lula M. Weir.  In a prescient statement, Weir wrote “That the Grandfather-Linville area may be acquired for a state park someday is now regarded as a certainty.”  That “someday” did come true.  Grandfather Mountain officially became a state park in 2009.

2 thoughts on “An early Morton view of Grandfather Mountain”