We noticed in a recent news story that the North Carolina Innocence Inquiry Commission may get involved in the Jeffrey MacDonald case.

MacDonald was convicted and is serving three-life sentences for the murders of his pregnant wife and two daughters at their Fort Bragg home in 1970. He has long maintained his innocence.

See below for material that the NC Collection has on a case that has intrigued numerous individuals over the years: 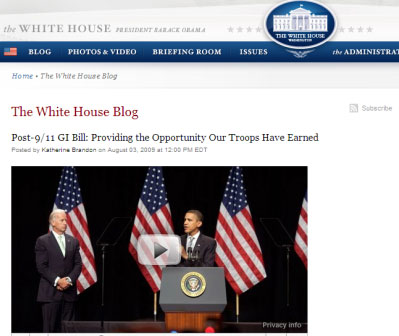 Dr. H. G. Jones, who served as curator of the North Carolina Collection from 1974 to 1993, was quoted by President Barack Obama in a speech on the “Post-9/11 GI Bill.” Appearing at George Mason University in August 2009, the President stated:

No number can sum up this sea change in our society [due to the GI Bill]. Reginald Wilson, a fighter pilot from Detroit, said, “I didn’t know anyone who went to college. I never would have gone to college had it not been for the GI Bill.” H.G. Jones, a Navy man from North Carolina, said, “What happened in my rural Caswell County community happened all over the country…going to college was no longer a novelty.” Indeed, one of the men who went to college on the GI Bill, as I mentioned, was my grandfather, and I would not be standing here today if that opportunity had not led him West in search of opportunity.

A video and transcript of the President’s speech can be seen or read at the following link: http://www.whitehouse.gov/blog/Post-9/11-GI-Bill-Providing-the-Opportunity-Our-Troops-Have-Earned/

To read the Battle Lecture, you can visit the NC Collection and request the item. The call number is C378 UK3 1990 Jones.

One wonders though…how did the quote come to be in President Obama’s speech? It is, of course, a perfect fit, but I wonder who suggested its use?