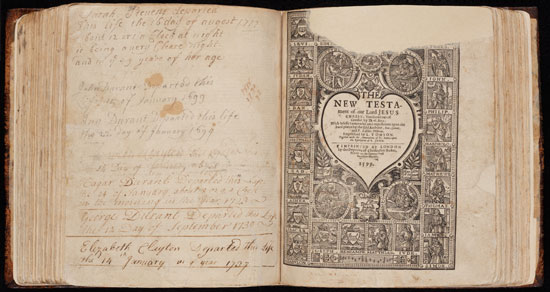 The stack of Bibles on which Governor Pat McCrory took the oath of office earlier today included one believed to be the oldest associated with a North Carolina family in the state. The Durant Bible, as the volume is commonly known, was with George Durant, a 25-year-old Englishman, when he arrived on American shores about 1658. The volume was passed down through generations of Durant’s descendants before it was donated to the North Carolina Historical Society, the predecessor to the North Carolina Collection, in the mid-1800s.

McCrory’s use of the Durant Bible marks the third time the volume has been used for an official function in the past 25 years. In 1988 Paul Hardin III was sworn in as chancellor of the University of North Carolina at Chapel Hill with his left hand placed on the volume. Hardin’s successor, Michael Hooker, also used the Durant Bible during his installation in 1995.

Little is known of the early history of the Durant Bible. Its provenance is derived mostly from the biography of George Durant and the few pages of births and dates listed within the volume. George Durant settled first in an area now known as the Northern Neck of Virginia. From there he moved south into Virginia’s Tidewater region. By 1661 Durant was married and had bought land from the Indians in what is now Perquimans County. He built a plantation near the Albemarle Sound in an area now known as Durants Neck. Although Durant identified himself as a mariner, he appears to have spent most of his time developing his plantation and participating in the region’s government. Durant’s first wife, Ann Marwood Durant, also helped run the plantation and lead other of her husband’s business interests. Her occasional representation of George Durant in court earned her a place in North Carolina’s history as the first woman known to act as an attorney in North Carolina courts.

The Bible passed through the Durant family until the mid-1700s when it reached Mary Durant, George’s great-granddaughter. Mary married Christian Reed, whose father, William, served briefly as governor of the colony. Mary Reed’s descendants held onto the Bible until sometime between 1844 and 1851, when Rebekah Reed, who lived in Perquimans County, donated it to North Carolina Historical Society.

During its 414-year history, the Durant Bible has suffered some wear and tear. Some pages are missing from the volume and others are torn or stained.In 1995 Wilson Library’s conservator spent more than 100 hours cleaning the Bible and repairing the binding and some of the damaged pages. The volume, bound in leather (likely its second binding) is 6 inches wide and 8 1/2 inches high. The Bible is about 3 inches thick. 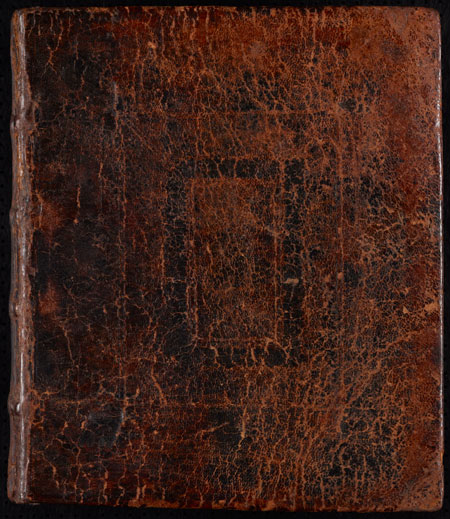 This morning the Durant Bible was driven and carried by hand to the old House chambers of the state Capitol building in the specially-made box in which it is stored. After the swearing-in, the Bible was returned to one of Wilson Library’s vaults. It awaits its next call to duty, or, just as importantly, your request for a viewing.