November 30th is National Mousse Day.  You may be surprised what all you can turn into a mousse. 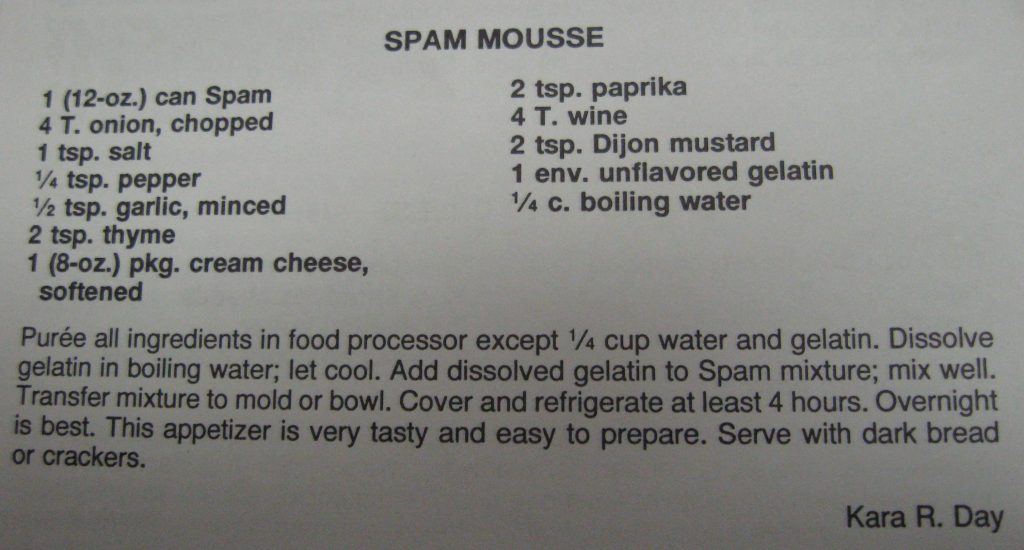 “Chicken Mousse” from Soup to Nuts: A Cook Book of Recipes Contributed by Housewives and Husbands of Alamance County and Other Sections of State and Country. 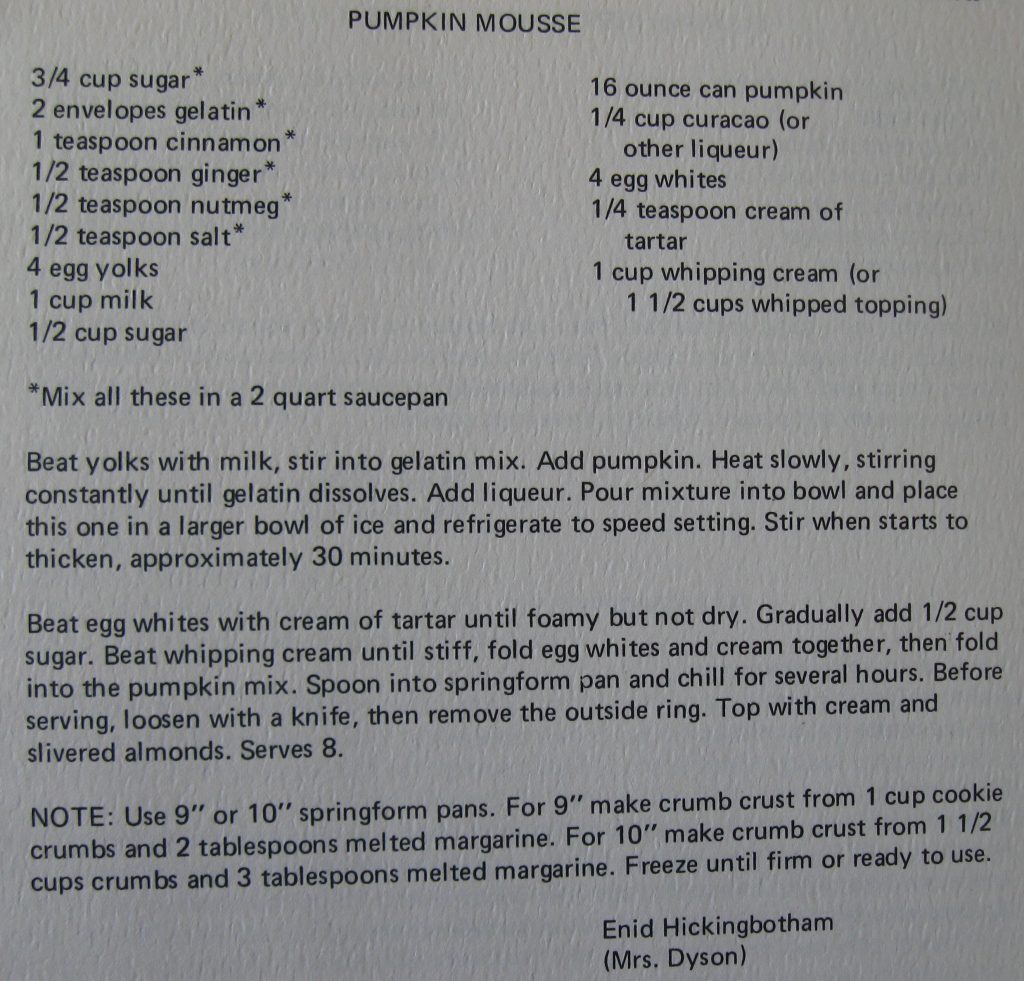 “Chocolate Mousse a la Graymont” from Favorite Recipes of the Lower Cape Fear.

“With a flick of the wrist, 19th century black barbers could have slit the throats of the white men they shaved….

“While no record exists of a black barber behaving like Sweeney Todd, stories circulated that reminded white customers of the threat. In one such account, from New Bern, North Carolina, physician Hugh Jones  entered a barbershop, sat in the barber’s chair, placed his revolver on the counter and told Brister, the slave barber, that if Brister were to cut him he would be shot. Brister calmly shaved the man without a nick. Afterward, asked if his hand had trembled while he shaved Dr. Jones, the barber replied that, quite the opposite, he had remained calm because ‘he had made up his mind to save his own life by cutting the throat of Dr. Jones if it became necessary.’ ”

— From “Knights of the Razor: Black Barbers in Slavery and Freedom” by Douglas W. Bristol Jr. (2009)