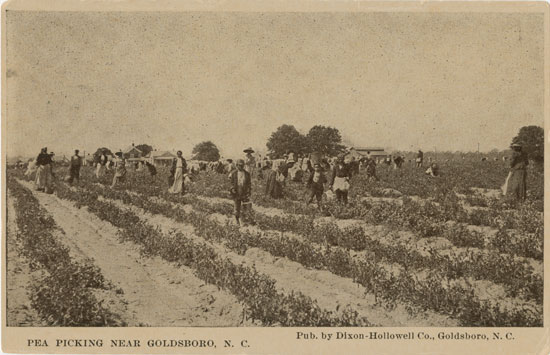 This postcard was recently added to our North Carolina Postcards online collection. Although the title reads,”Pea Picking Near Goldsboro, N.C.,” at least one North Carolina Collection staffer (hint: a proud Haligonian) thinks the pictured individuals are actually digging or, maybe, dusting peanuts. The foliage of pea and peanut plants is similar so we can’t rule out the Haligonian’s theory based on that distinction. And we’re starting to wonder whether he might have a point. That’s a massive field of peas. Did anyone grow peas on such a large scale in North Carolina? We’re still searching the stacks for a definitive answer. Care to weigh in?

“Am now rooming [at Duke] with Art Katz of Memphis and Claude Kirk of Montgomery, Ala. Both are transfers from Emory, and they’re good guys.”

“[Florida Gov. Claude Kirk] rises to the challenge, occasionally with a fine and almost classic use of the language… ‘Styron taught me about language, about balance and words and how to put them together and get the most out of them.’ ”

“Styron settles down to his second Bloody Mary, made with lemons sent him every year by his college roommate….”

Hard to imagine odder roomies than the saturnine man of letters and the “spectacularly colorful” demagogue…. also hard to imagine that Kirk absorbed such an appreciation of the language while bunking with Styron — couldn’t have been more than a semester or two. I think I once asked Styron about their relationship but can’t find any evidence thereof. 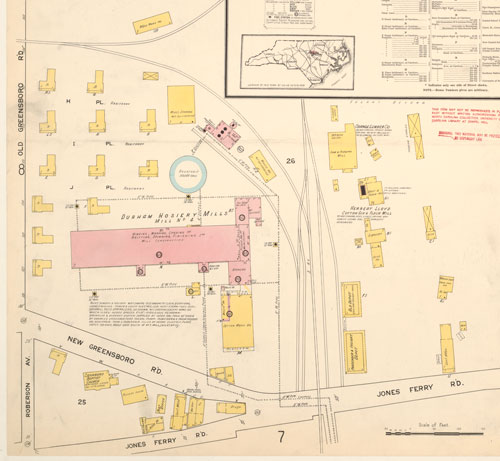 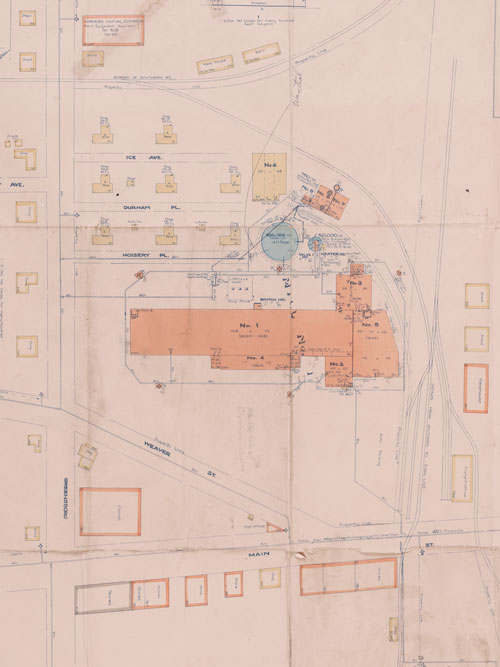 “When blacks disobeyed orders, in contrast [to whites], they were punished severely. In July 1918, B company of the 328th Labor Battalion downed tools after cutting wood for several days without rations in the Pisgah National Forest of North Carolina. Two white officers, with one gun and 18 bullets, faced 300 disgruntled draftees.

“Excuses were later made for the officers’ incompetence, and the Camp Jackson, S.C., intelligence officer claimed that the trouble had been brewing for weeks and that the black NCOs were ineffectual. At the subsequent court-martial, the testimony of the black men was dismissed as ‘a mass of lies’ and three soldiers were sentenced to death for mutiny, later commuted to 10 years in prison.”

— From “Race, War and Surveillance: African Americans and the United States government during World War I” by Mark Ellis (2001)

Stu Lillard, a former UNC Charlotte and Queens librarian who now volunteers at the National Archives, is researching the dramatic but little-remembered Pisgah Forest Mutiny. Apparently the alleged ringleaders avoided death by firing squad only because the armistice had just ended hostilities in World War I.

To obtain more details — or to contribute your own — email Stu at rslillar@yahoo.com

“Harvey Jones is a young Negro Navy veteran who grows peanuts on 18 acres his father owns near Ahoskie, N.C. Two months ago Harvey was approached by a white man selling lottery tickets for a 1947 Cadillac. A good Southern Negro, Harvey asked if  ‘anyone’ could get in. The man said yes. Harvey bought a ticket.

“At Ahoskie’s Kiwanis Festival, Harvey’s ticket number was drawn. But the Kiwanians did not want a Negro to win. Three men went outside and explained to Harvey that he had made a mistake. The lottery was for white folks. They gave him his dollar back. After another drawing the car went to Dr. Charles Townes, a Waverly, Va., dentist. That, so far as Ahoskie’s Kiwanians were concerned, settled the matter.

“But a month later the news leaked out and the nation got highly indignant. Telegrams and letters startled the fly-specked town. Thundered the Atlanta Constitution, ‘The South just hasn’t got an excuse for this one.’

According to Jet magazine, Harvey Jones received instead a check for $3,200, the value of the Cadillac.

“Communities in Virginia, the Carolinas and Georgia watched as huge crowds of local blacks gathered at railroad stations to await transportation to the Mississippi Delta, the Louisiana rice or sugar fields, or the turpentine camps of the piney woods.

” ‘At the depot an interesting spectacle presented itself in the huge mass of luggage piled on the platform,’ a New Bern, North Carolina, newspaper reported in 1889. ‘Old meat boxes, various other boxes, barrels, trunks of all shapes and sizes, were piled 10 feet high. The train could not accommodate all who wanted to go.’

” ‘The negro exodus now amounts to a stampede,’ David Schenck of Greensboro wrote in his diary in 1890. ‘Nineteen passenger coaches filled to the doors, nine cars filled with baggage, 1,400 negroes… on their way to Mississippi, Arkansas and Louisiana.’ ”

— From “The Promise of the New South: Life After Reconstruction” by Edward L. Ayers (2007)

Ayers writes that states of the Upper South such as North Carolina suffered the greatest relative loss of blacks in search of work. Despite the awestruck accounts from  New Bern and Greensboro, most headed north rather than west.

“One way to handle stereotypes about Southerners was to stop acting Southern….Sociologist Lewis Killian interviewed a young woman in the late 1940s who had successfully dropped her Southern accent and spoke Northern, at least most of the time.

” ‘When I went to Columbus, Ohio, from North Carolina, they called me … hillbilly, stumpjumper and all that stuff. Right then I decided to get rid of my accent. The only time I talk like a Southerner now is when I get schnapps under my belt.’ ‘

— From “The Southern Diaspora: How the Great Migrations of Black and White Southerners Transformed America” by James N. Gregory (2007)

The cable network C-SPAN will be featuring the history and literature of Charlotte this weekend. One of their Local Content Vehicles was in Charlotte a few weeks ago, and seems to have made the rounds, visiting libraries, bookstores, historic sites, and talking to local authors. Get a sneak preview online at http://www.c-span.org/LocalContent/Charlotte/.

Among many other features, there’s a great tour of the Special Collections department at UNC-Charlotte, and a nice capsule history of the Mecklenburg Declaration from Tony Zeiss of Central Piedmont Community College.