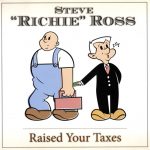 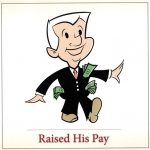 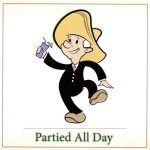 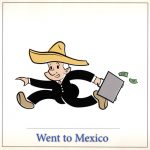 Although the volume of campaign mailings and posters appears to be as high this year as it was in 2008, there was a falloff in creativity and strong imagery. Nothing compared to the blood hound looking for Elizabeth Dole or the image of Barack Obama in lederhosen. The one mailing that did standout for strong imagery—and expense—was this tri-fold mailer that appeared in the mailboxes of independent voters in the North Carolina House District 63. This contest was for an open seat, vacated when Alice Bordsen, a Democrat, decided not to run for a sixth term. Steve Ross (R), a financial advisor and former Burlington mayor, ran against Patty Philipps (D), an attorney and member of the Mebane City Council. Taxes and jobs were the big issues, but the race got personal, with Rich being accused of using public office to feather his own nest. When Phillips was arrested for DWI a month before the election, her driving record became the subject of several mailings. Interest groups such as the Americans for Prosperity-NC and the North Carolina Chamber funded some mailings, but this one was produced by the Democratic Party of North Carolina. When the votes were tallied on Election Day, the Republican Ross beat Philipps 56.5% to 43.3%–approximately the same margin as Mitt Romney beat Barack Obama in Alamance County.