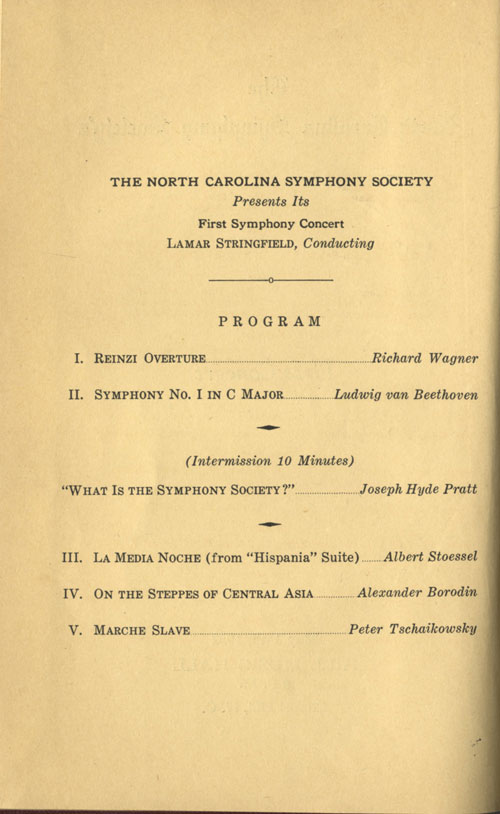 The North Carolina Symphony played its first concert at Hill Hall in Chapel Hill on May 14, 1932. Lamar Stringfield conducted 48 musicians hailing from 11 communities throughout the state. The N.C. Symphony garnered state support in 1943 when the N.C. General Assembly passed the “horn tooter” bill, which provided $2000 yearly from 1943-1945.