Happy Thanksgiving from the SHC! Today we bring you a turkey themed post to celebrate the occasion. 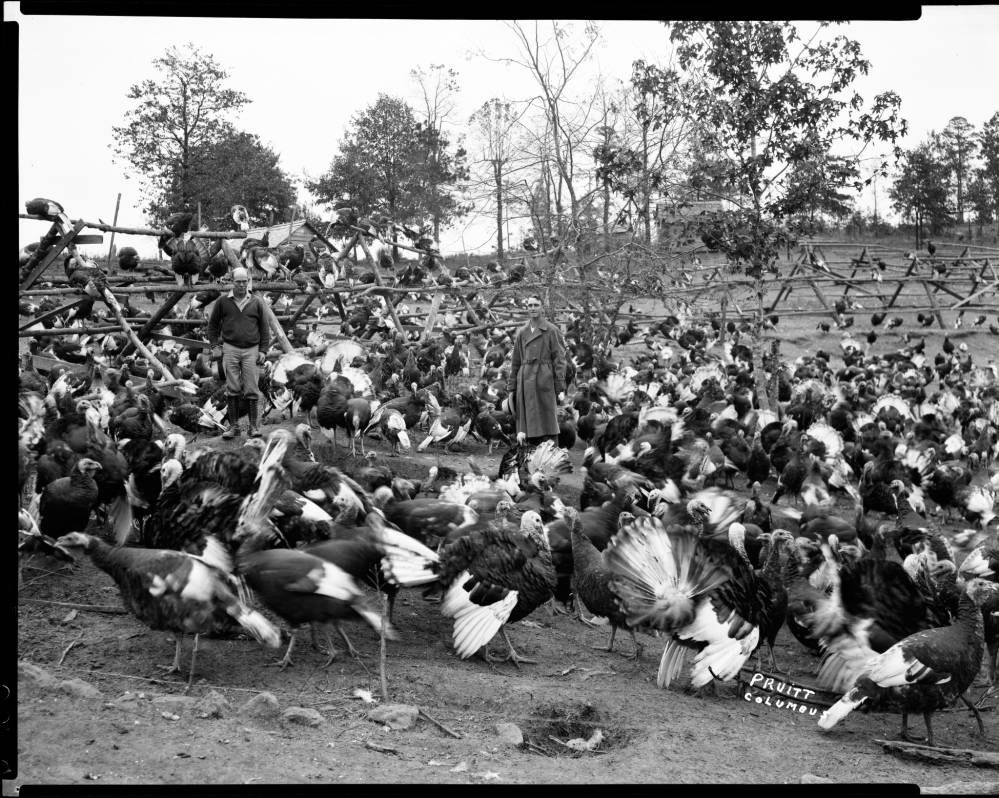 To provide some context, this image was taken by Otis N. Pruitt in Columbus, Mississippi. Pruitt was a photographer who moved to Columbus to work with Henry Hoffmeister who owned a photography business there. After buying Hoffmeister’s business, Pruitt became the only photographer in Columbus. Most of the work included in this collection was done by him during 1920s through the 1950s. In the 1950s, he went into business with Calvin Shanks, who was once his photography assistant. He sold the business to Shanks in 1960.

Their photographs depict life in Mississippi: the town, its people, and local businesses.  The image in this post depicts men with turkeys, and was likely taken in the 1930s or 1940s.